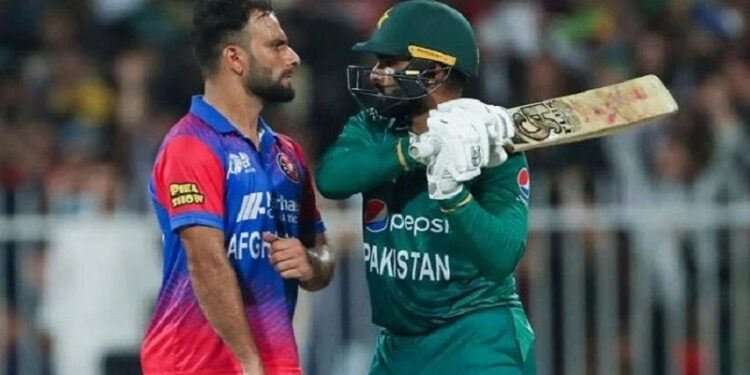 Tempers flared during the business end of the all-important Asia Cup 2022 Super Four clash between Pakistan and Afghanistan in Sharjah on Wednesday, as the game neared a nail-biting finish. Asia Cup 2022: players fight at ground in AFG vs PAK match. Asif Ali, Pakistan’s designated finisher, had tonked two sixes in a brisk 16 to keep his side in the game, even as wickets fell at the other end.

Left-arm quick Fareed Ahmad however, having already dismissed Haris Rauf for a golden duck in the 19th over, dismissed Asif to put Afghanistan ahead. Former chief executive of the Afghanistan Cricket Board (ACB), Shafiq Stanikzai, lashed out at Pakistan batter Asif Ali for his actions during the Asia Cup 2022 AFG vs PAK Super Four match at Sharjah Cricket Stadium.

On Wednesday, September 7, Asia Cup 2022 match Pakistan beat Afghanistan by one wicket and booked their berth in the final of the tournament to be played later this week. Along with Pakistan, Sri Lanka also qualified by eliminating India and Afghanistan. As far as Asif Ali is concerned, during the match, he was seen involved in a heated exchange of words with Afghan fast bowler Fareed Ahmad Malik.

Asif was seen raising his bat at the speedster, after which the other players and umpires on the field had to intervene. Stanikzai reckoned that Asif Ali’s act was nothing but ‘stupidity’ and the Pakistan batter should be banned from the rest of the ongoing championship. The veteran said that Asif shouldn’t have resorted to violent means.

Stanikzai took to Twitter and wrote, “This is stupidity at extreme level by Asif Ali and should be ban from the rest of the tournament, any bowler has the right to celebrate but being physical is not acceptable at all.” Earlier, former fast bowler Shoaib Akhtar also had his say on the matter. Akhtar said that Afghanistan cricket team lost the match due to their ‘arrogant’ behaviour in Asia Cup 2022.