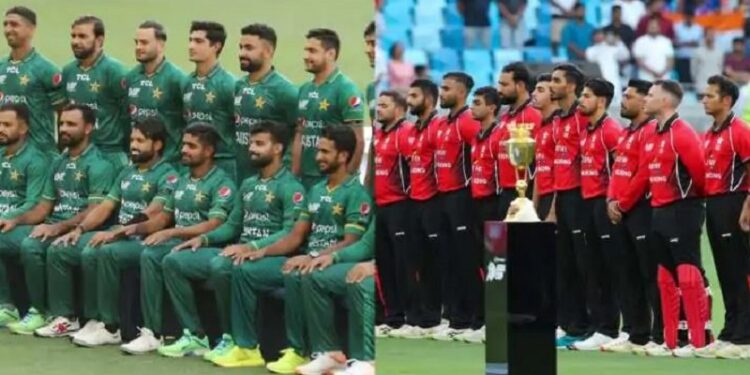 A high voltage match will be held in Asia Cup 2022. Pakistan vs Hong Kong, who lost the first match against India, will face each other today at the Sharjah Cricket Stadium. It is a do or die game for both the teams and survival depends on a win. If the losing team is eliminated from the tournament, the winning team will enter the Super 4 stage. Asia Cup 2022: Pakistan Vs Hong Kong: The winning team will face India.

They will play against India on September 4. If Pakistan wins today, the Indo-Pak (IND vs PAK) battle will take place again. Thus, today’s match has attracted a lot of interest. Asia Cup 2022: Pakistan Vs Hong Kong: The winning team will face India.

Despite having star players in the Pakistan team, they did not play against India in the last match. Captain Babar Azam himself was a failure. Rizwan contributed 43 runs. Except for Iftikhar Ahmed who scored 28 runs, all the other batsmen joined the pavilion early. In bowling too, except for Naseem Shah and Shadab Khan, everyone else was expensive.

Naseem Shah was injured in the last match against India. So there is a doubt about his availability for today’s match. If so, this is sure to be another blow to the team. Because Naseem came to replace Shaheen Afridi who was injured before the start of the Asia Cup. Now, if Naseem is also out, Pakistan will suffer a setback. The pressure has also increased on Babar Azam and he has to contribute in batting.

It cannot be said that the Hong Kong team is weak. Although they lost against India, they gave a tough competition. Babar Hayat and Kinchit Shah are in great form. If Nizakhat Khan, Yaseem Murtaza and Zeeshan Ali Sath are given to him, Pakistan will surely struggle.

However, Hong Kong bowlers are becoming expensive. The leading bowler Haroon Arshad gave 53 runs in 3 overs in the last match. So the bowlers have to devise a strategy to tie up the opponent.

Live broadcast: There will be live broadcast on Star Network sports channels including Star Sports Kannada. You can also watch live on the Disney Star App.

Children savings bank account in SBI: benefits and other details

Children savings bank account in SBI: benefits and other details