News » SPORTS » Asia Cup 2022: Pak team’s strength is their weakness: this is a plus point for team India 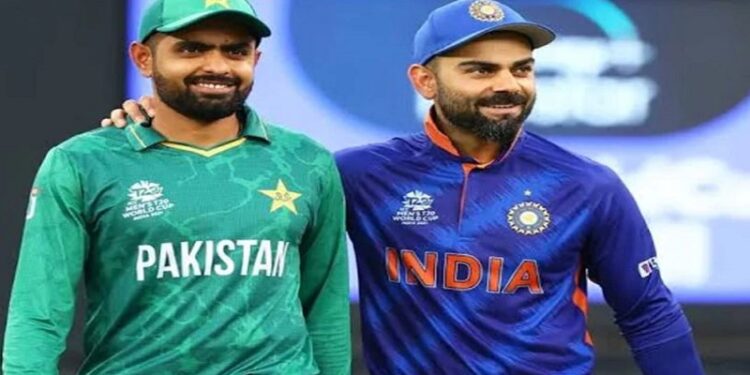 Dubai International Cricket Stadium is all set for the high voltage match between India and Pakistan. What is special is that India-Pak had faced each other in this ground. But it is special that Team India lost in that match. That is, in last year’s T20 World Cup, the Indian team was defeated by the Pakistan team(Babar Azam) by 10 wickets. Asia Cup 2022: Pak team’s strength is their weakness: this is a plus point for team India.

In the T20 World Cup held in 2021, only three top-order batsmen shined on the UAE ground for Pakistan. That means apart from the openers Babar Azam and Mohammad Rizwan, Fakhar Zaman performed well. These three together scored 67.5 per cent runs for Pakistan till the semi-finals.

Apart from that, the percentage of the entire tournament innings during this period. He faced 72 percent of the balls. That is, the rest of the team’s players are only a percentage. Only 28 percent batted. There is no doubt that if these three batsmen are dismissed early, the Pakistan team will collapse suddenly.

As mentioned above, the batting strength of the Pakistan team is the top-3 batsmen. Even after the 2021 T20 World Cup, it has been presented. Babar Azam, Mohammad Rizwan and Fakhar Zaman have scored the most runs for Pakistan this year.

But after the T20 World Cup, none of the remaining middle-order batsmen have scored even 200 runs. That means if Team India takes the first 3 wickets in the powerplay itself, India’s path ahead will be easy.

It is worth mentioning here that even though Pakistan top order batsmen are scoring runs, they are not batting fast. That means that since 2020, Pakistan have not played much of an attacking game. Babar Azam has averaged 6.72 runs per over in Powerplay over the last 2 years. Rizwan scored an average of 7.20 runs per over.

Also, Fakhar Zaman, who bats at number three, has also scored 7.80 runs per over. This means that these three, who are the batting strength of the Pakistan team, have been failing to bat brilliantly in the Power play. However, the crease is putting pressure on the opponents by staying tight. Due to this, these three batsmen have played more overs.

Also Read: India vs Pakistan: Who won the toss is Boss: Who will win?

On the other hand, the middle order batsmen are not getting much opportunity. That means the strength of these three batsmen is the reason for the weakness of the rest of the batsmen. This can be a plus point for Team India. Before that, Babar Azam, Mohammad Rizwan and Fakhar Zaman have to take wickets in the power play.