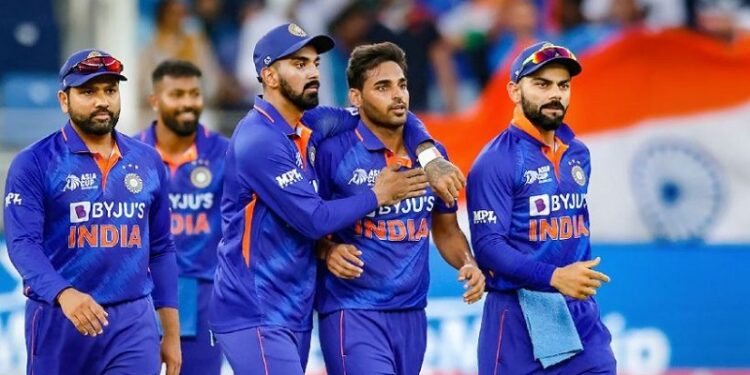 Team India has lost in their first match of Super-4 stage of Asia Cup. Team India, who lost the toss and batted first, scored 181 runs for the loss of 7 wickets with the help of Rohit Sharma (28) Virat Kohli’s (60) half-century in the match held at the Dubai International Ground on Sunday. Chasing this tough target, Pakistani opener Mohammad Rizwan (71) blasted a half-century. However, the match turned into a thriller in the final stage. Asia Cup 2022:Next opponents of Team India. Here is details.

Accordingly, the Pakistan team got a target of 7 runs in the last over and achieved a thrilling victory by 5 wickets by reaching the target of 182 runs with 1 ball to spare. With this win, Pakistan team has won their first win in the Super-4 stage.

Accordingly, the Indian team(Rohit Sharma Captain) will face the Sri Lankan team in their next match. By winning this match to be held on Tuesday (September 6), Team India has to open the account of victory in the Super-4 stage. But Sri Lanka has already topped the points table by defeating the Afghanistan team in the first match. With the same confidence, they will also compete against Team India.

If they lose either of these two matches, they may have to depend on the results of the other teams and the net run rate to enter the final. So the next two matches are do or die matches for the Indian team.

Team India is as follows: