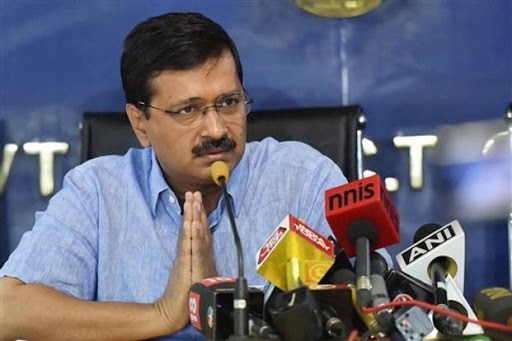 New Delhi: Days after widespread violence hit the national capital, Delhi Chief Minister Arvind Kejriwal, on Sunday, said that his legislature was investing best amounts of energy to bring individuals’ life in the track again.
Taking to Twitter, the AAP chief said that he was personally trying to ensure that the affected persons get relief materials.
“We r putting best efforts. I am personally trying to ensure that relief reaches each person in need. Our aim is to bring their life back on track. We want people to return to their homes and be welcomed by their neighbours,” he said in a tweet.
Shelters for riot-affected people The Delhi government has set up nine shelters for the riot-affected people and also announced a compensation of Rs 25,000 to those whose houses have been burnt in the violence.
Addressing a press conference of Saturday, Kejriwal requested people to give information on whether someone in the affected areas needs food and amenities.
Violence in North East Delhi Last week, North East Delhi witnessed large-scale violence for four consecutive days, that claimed the lives of at least 43 people including a police head constable and an IB official.
The violence broke out last Sunday noon after two factions – one supporting Citizenship (Amendment) Act and others opposing the law, engaged in a scuffle. On Monday, Tuesday and Wednesday the violence flared up after protests against the amended citizenship law turned violent in North East Delhi with protesters setting ablaze houses, shops, vehicles and a petrol pump, and pelting stones.
Several areas in North East Delhi, including Jaffrabad, Maujpur, Gokulpuri, Chandbagh, Khureji Khas and Bhajanpura witnessed a string of violent clashes in which several people were also injured.
Kejriwal’s peace appeal following clashes Following violent clashes in Delhi, Kejriwal made an emotional appeal to the people of the national capital, asking them to maintain peace. He also urged people not to allow anyone to divide them on the basis of religion, adding “neither the Muslims nor the Hindus benefited from the violence in North East Delhi”.
“We are hearing that this is a clash between Hindu and Muslim. Hindus and Muslims do not want to fight in Delhi. More than 20 people have lost their lives in these clashes. Both Hindus and Muslims have died. A policeman was also killed in the clashes. So, both Hindus and Muslims suffered losses in these clashes,” he said while speaking at the Delhi Assembly.
The chief minister asserted that the common people of Delhi were not behind the clashes while accusing politicians and anti-social elements of indulging in violence.
“Delhi now has two options – First option is: people of all religion, Hindu, Muslim, Sikh and Christian, should come together and help make a bright future for Delhi. The second one is: they can hit and kill one another. Modern and developed Delhi cannot be built on a pile of dead bodies. Modern Delhi can only be built on the foundation of school, hospital, electricity and water. Politics of hate, of riots, of burning homes, won’t be tolerated,” he added.