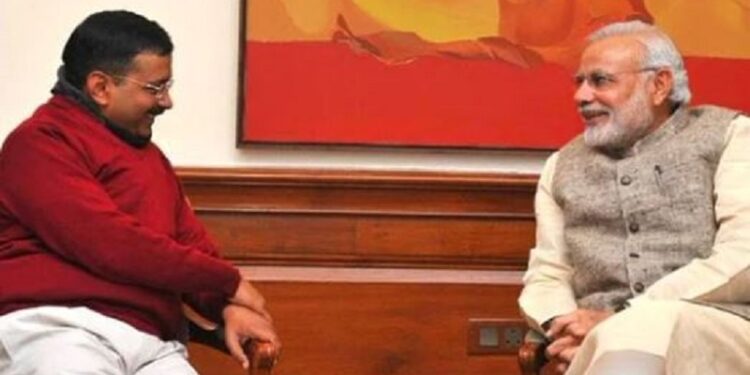 Prime Minister Narendra Modi has clarified the stand of BJP’s next political struggle in Red Fort this time during the Independence Day celebrations. He called for a fight against corruption and family politics. He labelled the Aam Aadmi Party as ‘corrupt’, which is likely to face the BJP in the next elections. Arvind Kejriwal ready to follow model of Narendra Modi.

The family politics of the other regional parties have been made big and they have planned to score a ‘winning goal’. Delhi Chief Minister and AAP leader Arvind Kejriwal’s working style is similar to that of Prime Minister Narendra Modi. Just as Arvind Kejriwal got political success by showing the ‘Gujarat Model’ in the 2014 Lok Sabha elections, Arvind Kejriwal is putting forward the ‘Delhi Model’ in every election.

Kejriwal’s future will be decided on how the Aam Aadmi Party performs in the Gujarat elections, which will be held before the next Lok Sabha elections. While Delhi Health Minister Satyendra Jain of the Aam Aadmi Party, which is gearing up to challenge the BJP, is in unmandated custody, Deputy Chief Minister Manish Sisodia is feared to be arrested anytime on charges of excise policy scam.

But BJP leaders are accusing Arvind Kejriwal as the real ‘mastermind’ of Delhi government’s excise policy. In such a situation Arvind Kejriwal is also likely to come under the radar of CBI or ED. Almost the same ‘action replays’ that happened when Narendra Modi was the Chief Minister of Gujarat are happening in Arvind Kejriwal’s political career as well.

At that time, the BJP was accusing the UPA government of deliberately harassing its leaders. Central agencies’ surveillance of Modi and Amit Shah was the reason for their popularity. Now Kejriwal is in Modi’s position and Manish Sisodia is in Amit Shah’s position. The two leaders of the Aam Aadmi Party are re-introducing the same populist strategy that the two leaders used in Gujarat.

When he was the CM of Gujarat, the action taken by the then central government against Narendra Modi and Amit Shah made him more popular. Using the ‘victim card’, he succeeded in gaining power by leveraging the same popularity. Now Arvind Kejriwal is also circulating the ‘victim card’. Will Kejriwal be able to take advantage of the sympathy Modi, Amit Shah did then? The discussion has started.