Arjun Tendulkar registers for IPL 2021 Auction in list of This base price: 3 Teams that can target him 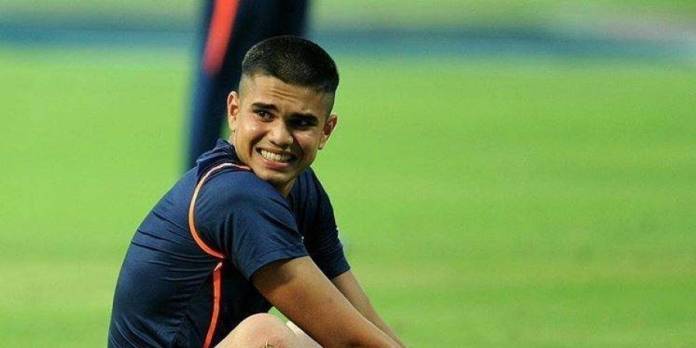 Mumbai: The Indian Premier League (IPL) 2021 Auction is all set to take place in Chennai on 18th February and will begin from 3 PM onwards. For the very first time, the players experienced the thrill of virtual fan boxes and they had to work and play under certain strict rules. The IPL’s player’s list incorporates a total of 1097 players (814 Indian and 283 overseas players) – 207 capped, 863 uncapped and 27 Associate players.

Among these, Sachin Tendulkar’s son Arjun has also registered for IPL 2021 auction. The Mumbai all-rounder has set his base price at Rs 20 lakh, Cricbuzz reported. The young-lad has been with Mumbai Indians (MI) as a net bowler for a few years and he had also travelled to UAE for IPL 2020. Last year’s IPL witnessed the rise of Ishan Kishan, Nicholas Pooran, and many more to name.

They managed to grab the opportunity with both hands and became the core of their respective team’s batting lineup. While the Mumbai Indians dominated every team last season, the Chennai Super Kings failed to make it to the top four for the very first time.  This year, over 1,000 players have registered for the upcoming auction. Amongst those, Arjun Tendulkar might draw some attention.

Well, it is not only about the surname, but also about the potential he carries as a pacer. It will be interesting to see which team will look forward to including him in their squad.

Here are the 3 teams that can target Arjun Tendulkar in the upcoming IPL auction:

1. Rajasthan Royals: The men in pink had a tremendous start last year, as they won two consecutive games upfront. However, they failed to maintain the momentum as they lost multiple games throughout the tournament. It meant that they finished at the eighth position. Another year, another poor campaign for the Royals! This year, they have decided to release a veteran player in the form of Steve Smith.

As a result, Sanju Samson has been named as the captain of the team. This means that they are looking forward to their team’s future and the addition of Arjun Tendulkar might help them. The Royals have decided to let go a few overseas fast bowlers and this looks like the perfect platform for Arjun Tendulkar to make his debut.

2. Mumbai Indians: Their squad is so strong that even their bench players have the ability to make it to the playoffs! This year’s auction is just about making a few changes to their bench.

For them, the more Indian players are there in their squad, the more is the chance of finishing at the top! This might be the perfect place for Arjun Tendulkar to make his debut. His father, Sachin Tendulkar was one of the biggest names to ever sport the MI jersey. And following his footsteps, Arjun Tendulkar might end up in the Mumbai Indians camp.

The Royal Challengers Bangalore had a decent IPL season last year. They finished fourth as they were knocked out by the Sunrisers Hyderabad. Well, last year, they had few contributors along with the duo of Virat Kohli and AB de Villiers. However, they still have a few questions to answer!

If we look at their bowling, it still lacks a pacer who can complement Mohammad Siraj. In this auction, it is obvious that they are looking for an Indian pacer who can bowl quick.  Therefore, this might be the perfect opportunity for Arjun Tendulkar to make his debut.

Arjun is a left-arm bowler and hence, he might be the apt companion for Siraj. Even though Arjun has a poor economy rate of 9.57, he might improve his stat by playing more games.

Share
Facebook
Twitter
Pinterest
WhatsApp
Telegram
Previous articleApplying for driving licence? You may be exempted from driving test. Here’s how
Next articleAre You frequently gets disturbed with headache, here is Easiest ways to get rid of it