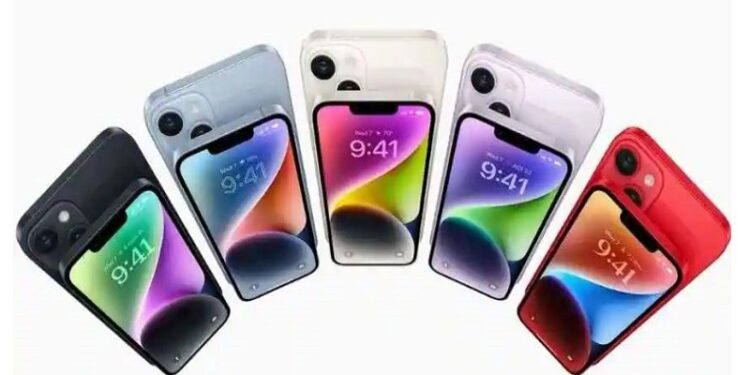 Wondering what are the new prices of these two iPhones?

Apple iPhone 13 has become cheaper in India by Rs.10,000. The smartphone will now cost Rs.69,990 for the base model with 128GB storage. As per Apple website, buyers can get up to Rs.58,730 off on trading their old iPhones. Flipkart, on the other hand is giving an exchange offer of up to Rs.17,000. Do note that both Flipkart and Amazon have announced Big Billion Days and Great Indian Festival sales on their platforms, respectively. It is likely that the iPhone 13 may receive huge discounts during the upcoming sales.

Similarly, iPhone 12 will now cost Rs.59,990 in India. Interestingly, it is available at Rs.52,999 on Amazon right now. Customers can also avail exchange offers of up to Rs.10,950 on the e-tailer’s site. Nevertheless, the phone is expected to get heavy discount during the Flipkart Big Billion Days and Amazon Great Indian Festival sales.

Apple iPhone 14 features a 6.1-inch Super Retina Liquid display. The Plus model, on the other hand, comes with a large 6.7-inch display. The former comes with a starting price of ₹79,900 for the base model of 128GB storage. Its storage capacity goes up to 1TB on the high-end model. The iPhone 14 Plus, on the other hand, is priced Rs.10,000 higher than the standard iPhone 14. It carries a starting price of Rs.89,900.

This year, Apple didn’t launch a mini version and introduced a new iPhone 14 Plus model. Apple stopped selling Plus models a long time back and it has surprised everyone by bringing it back. The Plus model is positioned between the standard iPhone 14 and the iPhone 14 Pro smartphone.