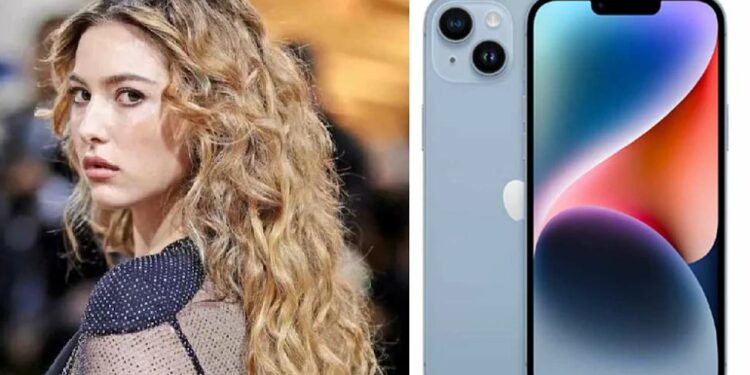 Apple has unveiled its much-awaited iPhone 14 series in the global market ready to launch. Apple company has launched a total of four smartphones namely iPhone 14, iPhone 14 Plus, iPhone 14 Pro and iPhone 14 Pro Max. After the release of 14 series, there is a lot of trolling on social media. There are no new features between iPhone 14 and iPhone 13 (iPhone 14), many people are talking that they are the same phone. Apple co-founder’s daughter trolls about iPhone 14: photo goes viral.

Meanwhile, surprisingly, Eva Jobs, daughter of Apple co-founder Steve Jobs, posted a status on Instagram about the iPhone, which is going viral. After the iPhone 14 launch, Eva shared a photo of a man wearing a similar looking shirt and holding it in his hand. Apple co-founder’s daughter trolls about iPhone 14: photo goes viral.

He also wrote, “I am upgrading from iPhone 13 to iPhone 14 after Apple releases the new iPhone.” Through this, he shared his opinion that there is no change between the old phone and the new phone.

iPhone 14 has been trolled to a large extent because it has almost the same features as the iPhone 13 released last year. The iPhone 13 has a 6.1-inch display with a 60Hz refresh rate and 1200 nits of brightness. Also A15 bionic soak quad core processor was installed. The new iPhone 14 is also similar and there is no change.