by News Next Desk
in ASTROLOGY 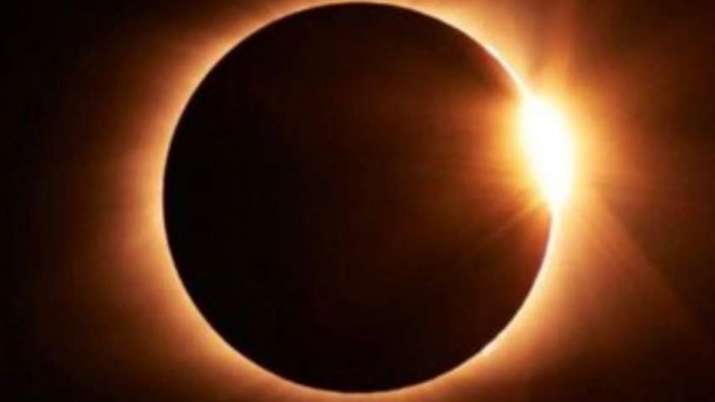 Bengaluru: As moon made first contact and started covering the Sun, 2020’s first solar eclipse or Surya Grahan has begun. The solar eclipse is expected to last for around 6 hours starting at 9:15 am early in the morning across north India especially in north Rajasthan, Kurukshetra in Haryana, Uttarakhand and Himachal Pradesh.

These places will witness the majestic view of the Ring of Fire Solar Eclipse. Solar Eclipse in India will end at 03:04 PM in the afternoon after Sun will come out of Moon’s shadow totally.

This solar eclipse is classified as annular solar eclipse or Ring of Fire. Moon’s shadow will turn the sun into a ring of fire like shape with a major part of the Sun hidden by the presence of the moon. This time, the moon will hide almost 70% area of the sun leaving the rest to appear like a ring of fire around the silhouette of the Moon.

Apart from the Indians subcontinent and Indian cities like Delhi, Chandigarh, Jaipur, Dehradun and Himachal Pradesh state, the eclipse on June 21 will be visible from much of Asia, Africa, the Pacific, the Indian Ocean, parts of Europe and Australia. Space enthusiasts from around the world watch out for solar and lunar eclipse that fall throughout the year. However, ample precautions need to be taken when it comes to sighting the solar eclipse which could damage our eyesight if observed without wearing a protective gear for our eyes.