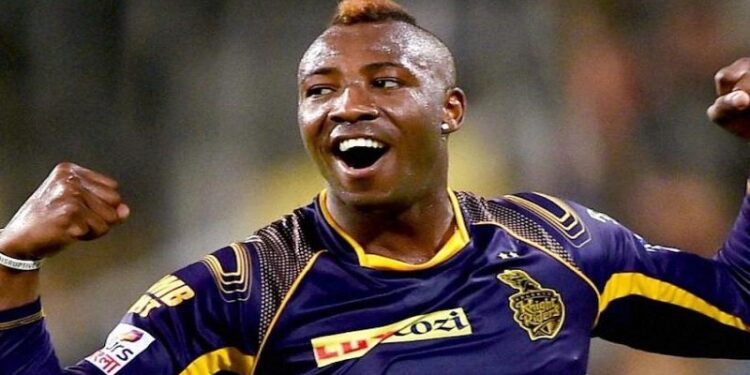 Kolkata Knight Riders’ (KKR) decision to release Shubman Gill and captain Eoin Morgan while keeping back Andre Russell has been one of the talking points a day after the retention list for the existing eight franchises became official. In major development Andre Russell captain for KKR in IPL 2022.

Besides Russell, KKR decided to retain Varun Chakravarthy, Venkatesh Iyer and Sunil Narine for the next three seasons. “We have got a long-term relationship with Sunil and Andre. The loyalty and the continued belief in players…  is something we are really proud of as a franchise… over the years it’s the pick of the same players that filters throughout the line-up,” was how coach Brendon McCullum justified the selections in a media release.

The Jamaican has been troubled by knee and hamstring injuries in the last two seasons. At 33, he is struggling to keep pace with the format and hasn’t lived up to his explosive match-winner’s tag. In 10 matches in the last IPL, Russell scored 183 runs at a strike-rate of 152.50 and took 11 wickets at an economy of 9.89. The T20 World Cup that followed was worse: In five matches for the West Indies, he made 25 runs and picked up just three wickets.

The KKR management has shown immense faith by retaining him as their No.1 player. The last season has shown that it’s time to move forward with youngsters like Venkatesh Iyer and Varun Chakravarthy. Iyer’s rise to stardom in a span of two months has even earned him the India cap and he is being seen as a replacement for Hardik Pandya. Attacking all-rounder from the Caribbean, Andre Russell is one of the most sought-after talents at the Indian Premier League.

He has proved his credentials time and again with masterful batting and bowling performances in the past for KKR. His famed abilities as an impactful all-rounder have come to the fore time and again when his team has required. Be it in run-chases or setting a big total on the board, Andre Russell has been the trump card for KKR. Andre Russell was bought by Delhi Daredevils (now Delhi Capitals) during 2012 IPL auction and later picked by Kolkata Knight Riders (KKR) in 2014 IPL auction.

He is an integral part of KKR from then onwards and known for taking wickets in death overs while his hitting skills helped KKR win matches in crunch situations. In 64 matches, he has scored 1400 runs at an average of 33.33 with a strike rate of 186.41 and his highest individual score in IPL is 88 runs. In bowling department, he has 55 wickets by his name at an average of 27.96 and economy rate of 8.88.

Kolkata Knight Riders (KKR) the 2-time champions are most likely to give the captaincy opportunity to West Indies all-rounder Andre Russell for IPL 2022. Who was their first choice in retention. The hard-hitting batsman has shown loyalty to the franchise and spent 8 seasons with them so far. KKR released their captain Eoin Morgan and vice-captain Dinesh Karthik ahead of the mega auction.

The report further revealed that Ahmedabad had, in fact, zeroed in on Hardik Pandya as captain with Afghan spinner Rashid Khan and wicket-keeper opening batter Ishan Kishan as the second and third picks. Meanwhile, the other new franchise based out of Lucknow has almost finalized KL Rahul as their captain with Marcus Stoinis and Kagiso Rabada as its back-up options. Additionally, India’s ace-leg spinners Yuzvendra Chahal and Rahul Chahar also have both the franchises extremely interested.