Amitabh Bachchan shares the morning routine that keeps him fit and it involves tulsi, amla juice 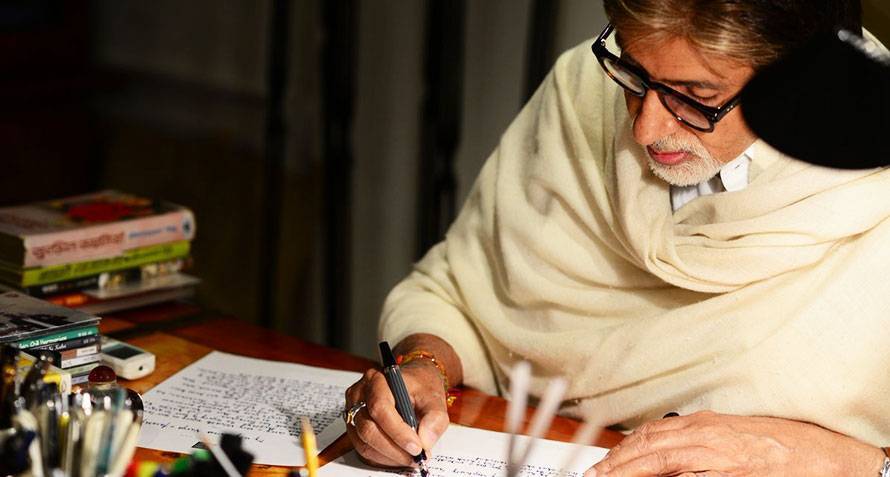 Mumbai: Bollywood actor Amitabh Bachchan has revealed his entire morning routine in his latest blog post and it is quite inspiring – he begins the day with gym sessions, special portions of tulsi, protein and more.

To be as active and energetic as Amitabh is at the age of 77, you most certainly need all those breathing exercises, yoga and pranayaam. Amitabh began the blog by telling fans that he heeded their suggestion and decided to go to bed earlier. He added that the blog was, therefore, a little late than usual and he had completed his gym session and even had breakfast ready on his table as he began writing the blog around 10 am on Sunday.

He further revealed that he follows up his breakfast with tablets, coconut water, amla (gooseberry) juice, dates, tulsi leaves and almonds, apart from various other things. “Okay so while all this was being conveyed to you lot, breaka’ is almost over quick brief consumption, the ‘tulsi patta’, the probiotic dose , the protein drink the almonds, the porridge, the tablets , the coconut water , the ‘aanvalaa’ juice, (Myrrh it is called in the language of this post) , the fruit banana .. and at the gym.

Dates from considerate Ef of the Arab world and bites of the apple in between machine changes  and lots of water too,  and the odd ‘elixir of life’ to keep the spirits up , bit of breathing ‘pranayaam’ at the yoga mat, wind up put the tv screens off, get all the news, switch off the music, the new sounds from Apple, on with the mask and walking back to desk to make some sound .. YES .. make some more sounds with verse with messages with campaigns .. .. and .. ok see ya,” he wrote.Sharing details about his health issues and how he needs to get up and walk every 20 minutes, Amitabh wrote, “grips ? yes the grips for gym .. taken them off so I can type faster .. off there now to get the circulation going and to be able to repair the thigh strain .. the whats it called .. errrmm .. yaaa .. hamstrings .. the memory plays tricks .. had to go to Mr Google to get it right .. yes the ‘hamstrings they’ take a nap when seated for long so need to keep getting up rapidly every 20 mins ,walk about, or get onto the standing table to write .”

Boat house in Kerala are now Isolation Ward to Corona