All Ration Cardholders to Get Rs 1,000 per Month: MK Stalin 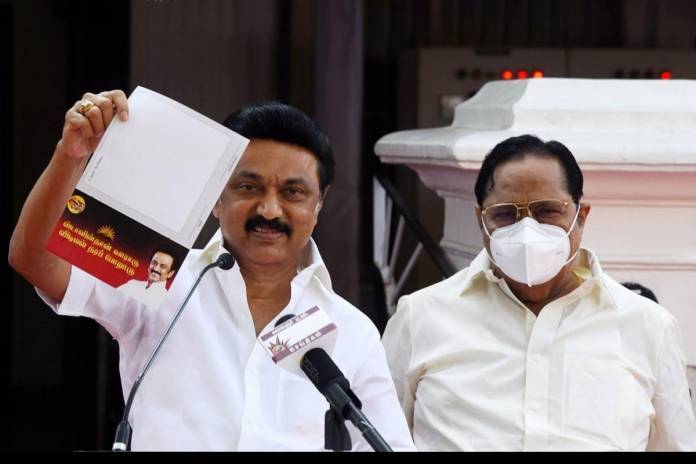 Chennai: DMK chief MK Stalin on Sunday said that every ration cardholder will get Rs 1,000 per month if DMK comes into power in Tamil Nadu. The DMK leader was speaking at a rally in Trichy in poll bound Tamil Nadu, where he announced the party’s seven-point vision plan.

Stalin while pitching for Tamil Nadu Assembly polls from next months said his party will also increase budget allocation to education and healthcare three times, double scholarships for SC/ST/OBC students, put an end manual scavenging. The vision document of the opposition party also included drinking water for all and promised that no individual will go without food.

It added that the party led government will focus on the growth of agriculture if it comes into power. These promises, he said, will be implemented in phase-wise manner over the next ten years. Earlier on Saturday, DMK and the Congress sealed the poll pact after an hour-long meeting at Stalin’s residence, sources said.

According to the deal, the grand old party will contest Tamil Nadu elections in 25 seats. Apart from this, DMK has offered the Kanyakumari Lok Sabha bypoll seat and a Rajya Sabha seat to Congress.