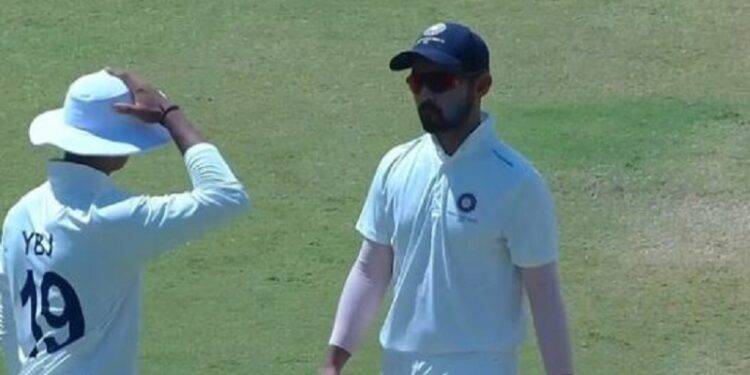 The entire episode unfolded as Jaiswal was having a regular go at South Zone batter T Ravi Teja. Both players kept on having a go at each other, and finally the umpires decided to have a word with Rahane. During the 50th over of the final innings, Jaiswal and Ravi Teja engaged in a verbal exchange. Rahane quickly charged to pacify the situation.

The experienced player was seen having a word with Jaiswal. But Jaiswal still kept on having a go at Teja, and then Rahane decided to send him off. Jaiswal was seen murmuring something to himself as he walked away from the field. Jaiswal finally came back on the field during the 65th over of the innings.

Earlier, the left-handed batter had smashed 263 runs off 323 balls to set a 529-run target for South Zone. South Zone was bundled out for 234 runs in the fourth and final innings and the Rahane-led West Zone won the final by 294 runs. Speaking after the game about the Jaiswal incident, Rahane said: “I believe in always respecting your opponents, umpires and match officials. So you have to handle certain incidents in a certain manner.”