Ajay Jadeja has criticised Manish Pandey’s batting: I have no doubt that Manish Pandey might not play in the 11 from now on 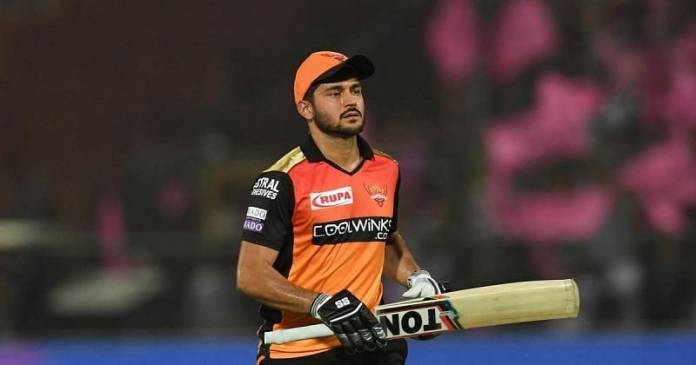 Manish Pandey, most experienced India batsman (white-ball cricket) in the line-up scored 38 runs off 39 balls and got out right after the dismissal of David Warner and Jonny Bairstow. As a result, the 2016 champions succumbed to a 6-run defeat.

In SRH’s first match of the IPL 2021 vs Kolkata Knight Riders (KKR) Manish remained unbeaten on 61 as the side lost by 10 runs in the end. The 31-year-old had managed to hit only boundary in the last 6 overs of the run-chase. Ajay Jadeja has said the Manish Pandey has been in and out of Team India because of his lack of adaptability.

He also predicted that Pandey might not feature in Hyderabad’s playing eleven in the coming matches. “This is the reason Manish Pandey has been in and out of the Indian team. If you see how long ago, he made his debut, and players like Hardik Pandya, Ishan Kishan, Rishabh Pant, Suryakumar Yadav have gone way ahead of him.

This is because their game is different and also, they adapt and survive in pressure situations a lot better than him. That’s why Manish Pandey has been left behind,” said Nehra in a chat with Cricbuzz. “I think there will be a rethink now. We were talking about Williamson before. In low-scoring matches, his value is redoubled. Now they will look for solid players who can finish games after getting settled.

And I have no doubt that Manish Pandey might not play in the 11 from now on. You will witness some changes in this team and that’s natural as well,” opined Jadeja on Cricbuzz. SRH will next face Mumbai Indians (MI) on Saturday.