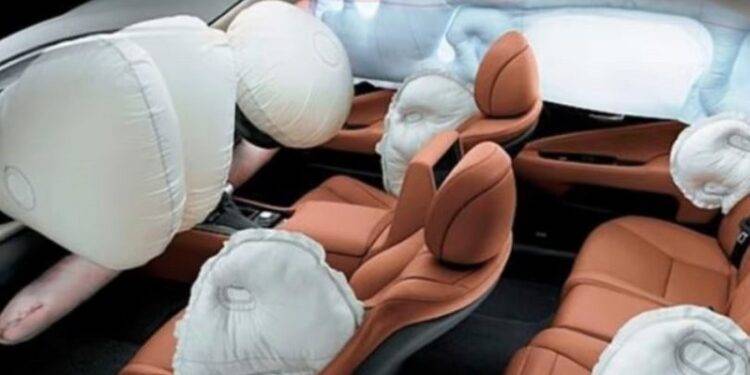 Union Minister of Road Transport and Highways, Nitin Gadkari, on Thursday stated that the safety of all passengers travelling in motor vehicles, irrespective of their cost and variants, is the foremost priority. 6 airbags mandatory in cars from October 1: Nitin Gadkari. Keeping the safety of passengers in mind, the Centre has made a minimum of six airbags in passenger vehicles mandatory from October 2023.

He took to Twitter and wrote, “Considering the global supply chain constraints being faced by the auto industry and its impact on the macroeconomic scenario, it has been decided to implement the proposal mandating a minimum of 6 Airbags in Passenger Cars (M-1 Category) w.e.f 01st October 2023.”

In the aftermath of the fateful road accident of former Tata Group chairman Cyrus Mistry, experts and critics pointed out lacunae in the transport and traffic control system. Amid never-ending speculation over the laws governing seatbelts for car passengers, the government made seatbelts mandatory for all passengers in a car earlier in September. Defaulters and violators of this rule will be punished with a fine.

“Majority of automobile manufacturers in India are exporting cars with 6 airbags. But in India, because of the economic model and cost, they are hesitating,” Gadkari said during an annual session of the Automotive Component Manufacturers Association of India (ACMA).

Stressing the need reduce the need of the hour to reduce road accidents, Gadkari highlighted that every year, around five lakh road accidents killed 1.5 lakh people and injured more than three lakh in the country.