News » LATEST NEWS » After India, US Government ban TikTok within a week

After India, US Government ban TikTok within a week 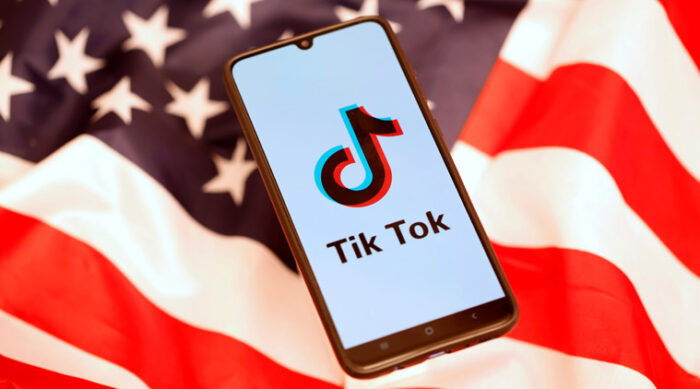 New York: The White House indicated on Wednesday that a decision on Chinese mobile applications, including TikTok, could be taken within weeks and not months.

“I do not think there is any self-imposed deadline for action, but I think we are looking at weeks, not months,” White House Chief of Staff Mark Meadows told reporters aboard Air Force One, flying with President Donald Trump form Atlanta. There are a number of administration officials who are looking at the national security risk as it relates to TikTok, WeChat and other apps that have the potential for national security exposure, specifically as it relates to the gathering of information on American citizens by a foreign adversary, Meadows said.

The move to ban TikTok in the US has suddenly gained momentum after India’s decision in this regard last month. “They (Indians) made the decision that they were going to pull 50 or so Chinese applications off the systems that were operating inside India. They did not do that because the United States told them to. They did it because they could see the threat to the Indian people from the Chinese Communist Party,” Secretary of State Mike Pompeo told the Economic Club of New York in a virtual exchange.

Meanwhile, a group of 24 influential Republican Congressmen urged US President Donald Trump to ban TikTok and other Chinese mobile applications, stating that India has taken the extraordinary step of banning 60 Chinese-affiliated apps due to national security concerns. Writing to support the administration’s efforts to restrict TikTok and other social media platforms linked to the Chinese Communist Party (CCP) from accessing US markets, the lawmakers, in a letter to Trump, alleged that these popular apps’ data collection practices, coupled with China’s onerous cybersecurity laws requiring all companies operating in China, including TikTok’s parent company, ByteDance, to share user data with CCP authorities, present a very real threat to US national security.

As such, we urge your administration to take decisive action to protect the American people’s privacy and safety, the lawmakers wrote to Trump. In June, India took the extraordinary step of banning 60 Chinese-affiliated mobile apps, including TikTok, due to national security concerns. However, the CCP’s systemic campaign to collect and illicitly transmit user data for the Chinese government’s purposes is not unique to Indian consumers, the lawmakers, led by Congressman Ken Buck, said in the letter.

The US, he said, has been working closely with the Indians across a broad spectrum of the full range of international partnership with them to assist them in making sure that they have all the information they need to make good decisions.

Early this month, Pompeo had said the US may ban TikTok. “I made a comment about TikTok. But we got to go back to principles first. The mission set is to protect American national security. And in this case, the information of American citizens,” he told The Hill newspaper in an interview.

“So, whether it is TikTok or any of the other Chinese communications platforms, apps, infrastructure — this administration has taken seriously the requirement to protect the American people from having their information end up in the hands of the Chinese Communist Party,” Pompeo said. According to Pompeo, the Trump administration is working through a process where all the relevant agencies and the private sector are getting to say their piece. “We hope to have a set of decisions shortly, which will reflect that central understanding,” he said.

“We have been working on ZTE, we have been working on Huawei. We are pleased to see the United Kingdom make its announcement that it is going to pull out Huawei technology from its telecom infrastructure. We watched telecom companies all across the world from Orange and others to say no, we understand,” Pompeo said. We want to make sure that our data flows only across trusted vendors. That is the mission set and that is certainly the mission set when it comes to applications that our kids may be touching, he added.