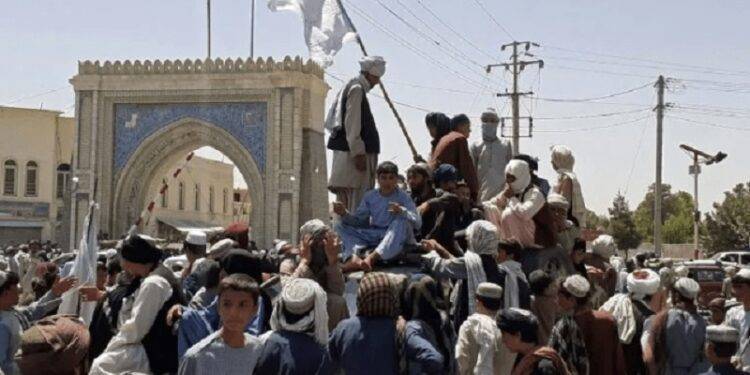 Kabul: Afghanistan Interior Minister Abdul Sattar Mirzakwal said Sunday there would be a “peaceful transfer of power” to a transitional government, after the Taliban ordered its fighters to hold back from entering Kabul.

“The Afghanistan people should not worry… There will be no attack on the city and there will be a peaceful transfer of power to the transitional government,” he said in a recorded speech. Taliban fighters entered the outskirts of Kabul on Sunday as panicked workers fled government offices and helicopters began landing at the U.S. Embassy in the Afghan capital, further tightening the militants’ grip on the country.

Three Afghanistan officials told The Associated Press that the fighters were in the districts of Kalakan, Qarabagh and Paghman in the capital. The militants themselves didn’t acknowledge the advance, though they earlier took Jalalabad, near a major border crossing with Pakistan, the last major city other than Kabul not under their control. Also Read: Karnataka Lockdown after 15 days: CM Basavaraj Bommai said to take strict restriction