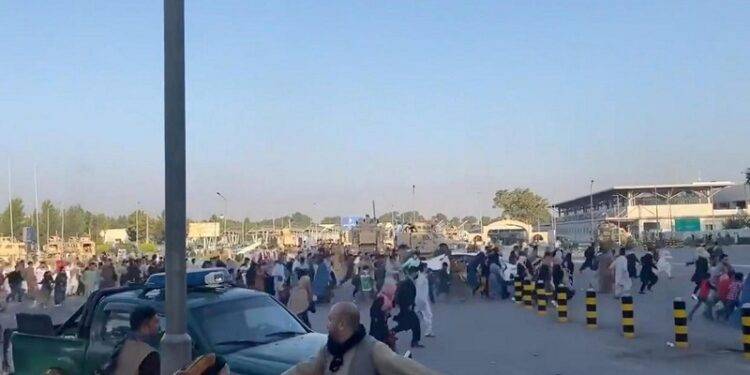 Afghanistan situation worst: At least five people were killed in Kabul airport as hundreds of people tried to forcibly enter planes leaving the Afghan capital, witnesses told media. One witness said he had seen the bodies of five people being taken to a vehicle.

Another witness said it was not clear whether the victims were killed by gunshots or in a stampede. US troops, who are in charge of the airport, earlier fired in the air to scatter the crowd, an US official said.

The airspace of war-torn Afghanistan has reportedly been closed for all flights, including overflying and all commercial flights have been suspended at Hamid Karzai International Airport in Afghanistan’s Kabul, local media citing a statement reported on Monday.

Also Read: WhatsApp Scam: While chatting don’t click on these links, you will lose money

Senior Air India officials said the Afghanistan airspace has been declared “uncontrolled” by the Kabul airport on Monday and transit flights have been asked to avoid the airspace.