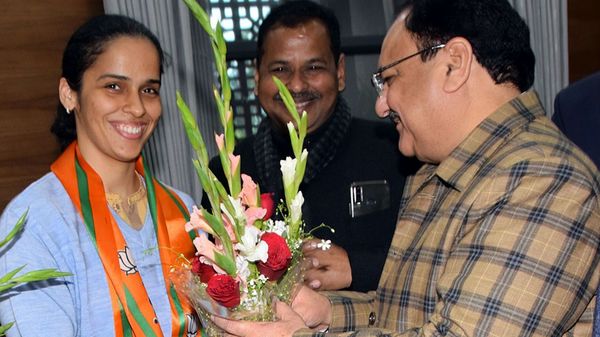 NEW DELHI: Former world number one badminton player Saina Nehwal joined the Bharatiya Janata Party on Wednesday, hailing Prime Minister Narendra Modi as an “inspiration” with his “hard work” for the country.
Joining the party at a ceremony at its headquarters here, Nehwal (29) said the BJP has been doing “a lot of good”, and she would work to do her bit as its member.
Nehwal, who has been vocal on Twitter in her support for the Union government’s policies, told reporters that she is a hard-working professional and likes hard-working people, as she heaped praise on Modi.
“I am a hard-working person and like hard-working people. Narendra Modi sir has been working day and night for the country. If I can do something for the country with him, it will be my good fortune. I draw a lot of inspiration from Modi sir. He inspires me,” she said.