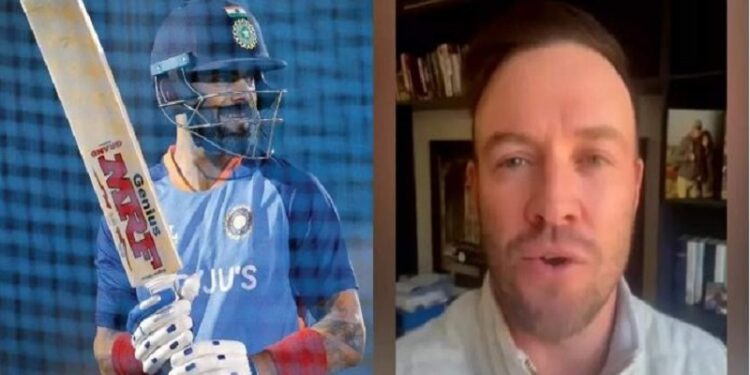 Former Team India captain Virat Kohli, who is facing a century drought in international cricket, has finally scored a century. But not in batting, but in the match. The Asia Cup match against Pakistan (India Vs Pakistan Asia Cup 2022) is Virat Kohli’s 100th match in international T20 cricket.AB de Villiers Congratulates Virat Kohli For Hitting “Century” In T20.

Playing the 100th T20 match against a traditional opponent is even more special. Through this, Virat Kohli has written a record of being the first Indian player to play 100 matches in all three forms of cricket, Test, ODI and T20.AB de Villiers Congratulates King Kohli For Hitting “Century” In T20.

King Kohli and South African legend AB de Villiers played together for 11 years for Royal Challengers Bangalore. There is a special bond between them.

In international cricket, King Kohli has played 102 Tests, 262 ODIs and 100 T20 through the Asia Cup match against Pakistan. Thus, Kohli, who has played a total of 464 international matches, has scored more than 23 thousand runs with 70 centuries and 122 fifties.