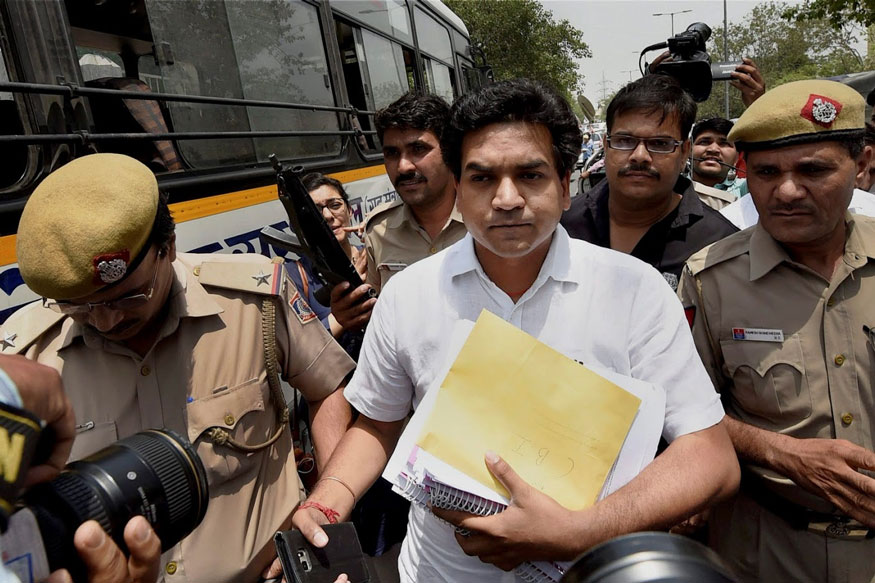 New Delhi: The Bharatiya Janata Party is likely to field rebel AAP leader Kapil Mishra against Delhi chief minister Arvind Kejriwal from New Delhi constituency in the upcoming 2020 Delhi Assembly elections.
Once a close aide of Kejriwal and a minister in Delhi Cabinet, Mishra parted ways with the Aam Aadmi Party in 2018, following which he addressed multiple press conferences accusing Arvind Kejriwal and AAP of corruption.
The BJP, which was reduced to three out of 70 seats in the 2015 assembly elections, is looking to make a comeback in the national capital. Mishra’s candidature cropped up as he had challenged Kejriwal in 2018 on charges of graft and pushed him on the back foot.
“Mishra’s candidature as a probable candidate against Kejriwal from New Delhi constituency has been discussed,” news agency IANS quoted a senior BJP leader as saying, and added that no final discussion has taken place on any candidate. Some party leaders, he said, want a senior leader to challenge the Aam Aadmi Party national convener in Delhi.
BJP President Amit Shah held a night-long core group meeting of the party on the intervening night of Sunday and Monday that lasted till 3 am.
The night-long meeting took feedback on probable candidates for each Delhi seat. The meeting was held at Shah’s residence which was attended by party’s working president JP Nadda, General Secretary (organisation) BL Santosh, party’s Delhi in-charge Prakash Javadekar, state President Manoj Tiwari among others.
IANS quoted its BJP sources as saying that the party will release a list of over 55 candidates by January 16.Assembly polls in Delhi are due on February 8 and the counting of votes will take place on February 11. In 2015 assembly polls, AAP won 67 seats while the Congress scored a nil.