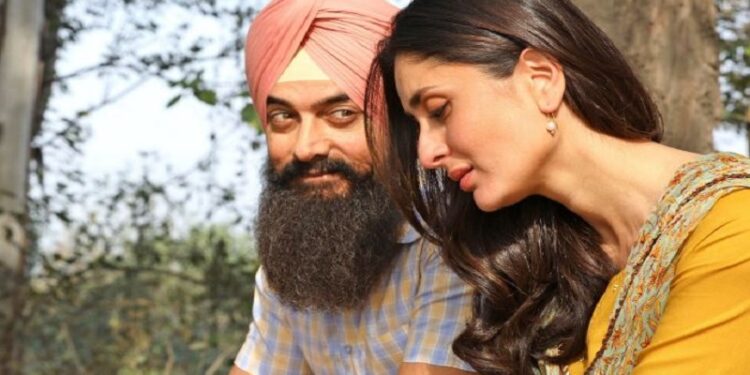 Bollywood actor Aamir Khan and Kareena Kapoor Khan’s latest release ‘Laal Singh Chaddha’ is battling poor turnout on the Box Office. The film, which saw an opening of Rs 11.50 crore, has failed to seen an upward trend so far. The four-day total of film did not touch Rs 100 crore mark, which is a shocking figure for a film starring Mr Perfectionist Aamir Khan. Aamir Khan Laal Singh Chaddha film fails to earn Rs 50 crore in 7 days.

Directed by Advait Chandan of ‘Secret Superstar’ fame and adapted by noted actor Atul Kulkarni, ‘Laal Singh Chaddha’ is the official remake of the Tom Hanks-starrer Hollywood classic ‘Forrest Gump’ (1994). Bollywood actor Aamir Khan Laal Singh Chaddha made a paltry Rs 12 crore on its opening day at the box office. It is safe to say that the film fell victim to the cancel culture and boycott trend on social media.

According to latest reports, Laal Singh Chaddha managed to witness a slight growth on Sunday, August 14, by earning Rs 10 crore. This took the total collection to Rs 37 crore in the opening weekend. Considering the numbers, it is shocking to see that the film didn’t even rake in Rs 50 crore in its opening weekend. The Hindi adaptation revolves around the life of slow-witted but kind-hearted man Laal (Khan) as he narrates the important events of his life, which coincides with the many iconic events from Indian history.

According to producers Viacom18 Motion Pictures, ‘Laal Singh Chaddha’ saw an opening of Rs 11.70 crore and collected Rs 7.26 crore on its second day. However, the Advait Chandan directorial witnessed marginal growth on the weekend and collected Rs 9 crore on Saturday and Rs 10 crore on Sunday, taking its net collection to Rs 37.50 crore, as per Pinkvilla. This isn’t a good sign for the makers as these low Box Office numbers put the film in the list of post pandemic disasters of Bollywood.

Also Read: He is the lucky star of Team India.. The team never lost when he played

Directed by Advait Chandan, film is the official remake of the Hollywood film, Forrest Gump, which featured Tom Hanks. The Hindi adaptation features Kareena Kapoor Khan, Naga Chaitanya and Mona Singh in crucial roles. Even before its release, Laal Singh Chaddha made headlines due to multiple controversies. Netizens called for a boycott of the film over statements made by Aamir and Kareena in the past. The two stars requested fans not to boycott Laal Singh Chaddha and asked them to watch the film in theatres.