Your Aadhaar card is Genuine or Fake: here is Step-by-step Guide to Know 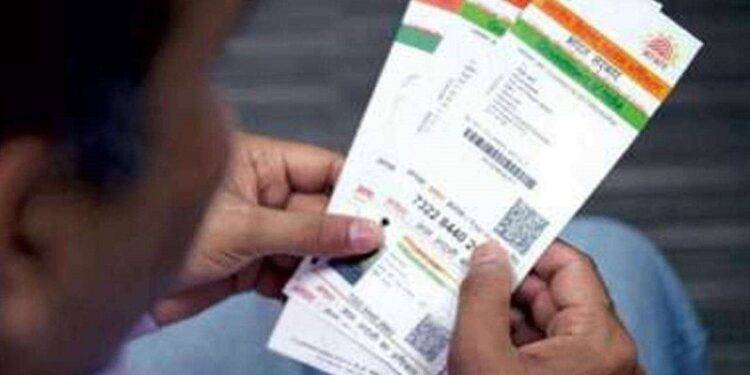 Aadhaar card: The Unique Identification Authority of India (UIDAI) had earlier put out a tweet on their official Twitter handle. In it, the Aadhaar card issuing entity warned people to be diligent and to verify Aadhaar cards before accepting them as proof of identity.

Click: https://resident.uidai.gov.in/verify and verify it online in 2 simple steps.” With that said, here are the steps citizens can take in order to protect themselves from fraud and fake Aadhaar cards.

Step 1: Go to the official UIDAI portal and on the top right side of the website, select the ‘My Aadhaar’ option from the drop-down menu.

Step 2: In the drop-down menu, select the ‘Verify an Aadhaar Number’ option. You will find this under the ‘Aadhaar Services’ section.

Step 3: This will take you to a new page where you will be asked to enter the 12-digit Aadhaar number (UID), along with a captcha. Enter the Aadhaar card’s number that you want to verify and click the ‘Proceed to Verify’ button at the bottom.

After you have completed all of the above steps, you will be redirected to a new page where it will display the details of the Aadhaar card’s validity. It will also tell you if the card was ever issued in the first place. If it was not issued, then you know it is a fake.

Now, if you cannot immediately access the UIDAI website and want to do a quick verification, then you’re in luck. The UIDAI has given the option to verify the Aadhaar number on the phone through the mAadhaar app. The app is available on the Google PlayStore and Apple Store as well.

Apart from verifying other people’s Aadhaar card numbers and making sure you don’t get scammed, there is also a variety of ways in which you can lock down your own Aadhaar card’s security. For such instances, the UIDAI has provided some basic guidelines on how you can ensure the security of your Aadhaar card.

3) Do not allow others to attach or link their mobile numbers to your Aadhaar card.

4) Use a Masked Aadhaar or Virtual ID (VID). This is a temporary revocable 16-digit random number that can be used in the place of an Aadhaar number whenever you need to do authentication or conduct an e-KYC transaction. This comes in handy because the Aadhaar number cannot be derived from the VID.

5) Activate your biometrics lock. This can be done via the UIDAI website or via SMS where cardholders can lock or unlock the card as necessary. This is highly effective in preventing fraud.

6) Check your Aadhaar authentication history on a regular basis to make sure everything is up to spec.

7) Lately, Aadhaar has rolled out a series of posts on Twitter, promoting ‘Iris Verification’. The entity claims it to be an errorless mode of authentication. This can add to your layers of security.