A Tear in PM’s Eye in Parliament, What Made This an Emotional Moment 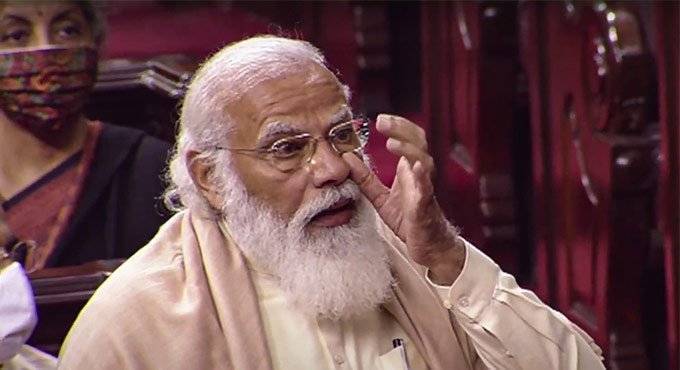 New Delhi: Prime Minister Narendra Modi on Tuesday got emotional and became teary-eyed while delivering his farewell speech for the retiring members of the Rajya Sabha. The PM devoted much of his speech to talking about the Leader of the Opposition in the House, Ghulam Nabi Azad of the Congress.

“The person who will replace Ghulam Nabi ji (as the Leader of Opposition) will have difficulty matching his work because he was not only concerned about his party but also about the country and the House,” PM Modi said in the upper house today.

The PM recalled his ‘friendship’ with Azad and especially mentioned an incident when he was the chief minister of Gujarat and Azad was the head of the government in Jammu and Kashmir. “When Azad ji was CM (of J&K) and I was also the CM (of Gujarat), we shared a close relationship,” the PM said.

Recalling the incident, Modi said a terrorist attack had taken place in J&K and some Gujarati tourists were among those killed. “Azad ji was the first person to call me. That call was not just to inform me about the attack, tears were rolling down Azad ji’s eyes while speaking to me on the phone,” the PM said.

“Pranab Mukherjee was the defence minister then. I asked him if an Air Force plane could be spared to bring back the bodies. He assured me to arrange one. Then, Azad ji called me again in the night and he was at the airport. He spoke to me like he was worried and concerned as a family member,” Modi recalled, getting emotional.

The PM paused for a few moments and sorry before resuming his speech. Saluting Azad, the PM said, “power comes and goes in life but one should learn from him how to digest it”. “It was a very emotional moment for me,” he added.

The PM said he got a call the next morning as well and Azad asked if everyone (including bodies) had reached Gujarat. “That’s why as a friend, I respect him based on my experience and incidents. He is committed to the nation and is restless about fulfilling his duties,” Modi said. He concluded by saying that “whatever he (Azad) does next, the country will benefit from his services.”