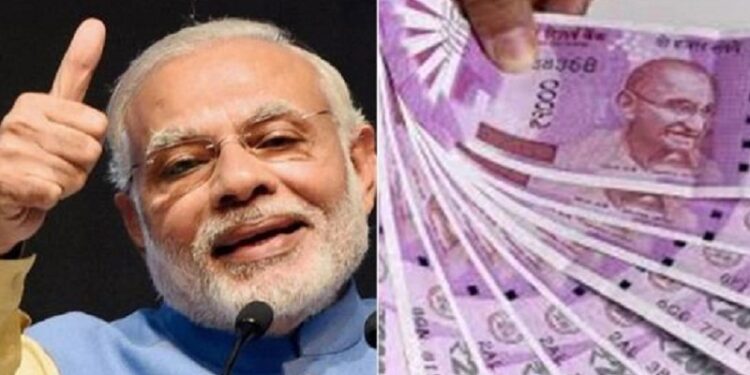 In fact, the central government may soon announce an inflation hike for its employees and pensioners. This time, it is expected that the gratuity will increase by 4%. If DA is increased by 4%, it will increase from 34% to 38%.7th Pay Commission: Big gift to central employees before Navaratri.

According to information from sources, a major meeting of the Union Cabinet will be held on September 28. Increase in DA and DR of central employees and pensioners may be announced in this meeting. It is said that the payment will start before Navratri. Along with this, they will get two months of July and August dues from October.

Lakhs of employees and pensioners of the Center will benefit

50 lakh employees and 65 lakh pensioners of the country will benefit from the increase in their wages by increasing the government pension. Earlier in the year, the government had increased DA by 3 per cent, after which the gratuity increased to 34 per cent. Now as DA has increased by 4%, the dearness allowance will increase to 38%.

The AICPI data were significant in increasing DA

The salary of central employees will be very high

The gratuity of employees is increased twice a year in January and July. So far the government has not increased the DA for the month of July. In such a situation, the government is expected to increase the DA soon.