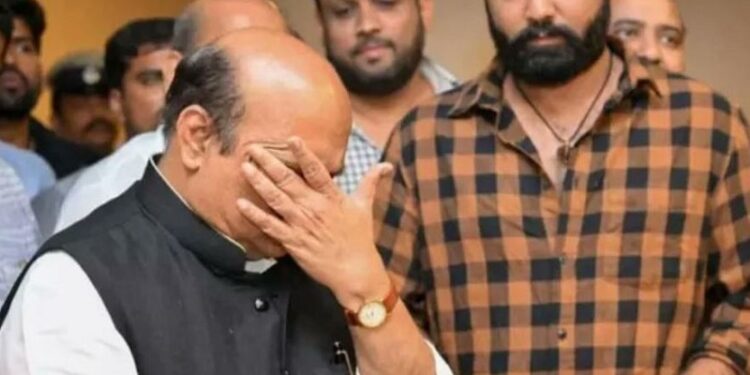 Emotional film as Basavaraj Bommai couldn’t hold back his tears after watching 777 Charlie as he remembered his dog. A picture of the chief minister has emerged where he was seen crying profusely after watching the film. Karnataka CM Bommai absolutely loved the film and was all praise for the makers and also urged everyone to watch it.

“There have been movies about dogs but this movie has synchronisation with emotions and animals. The dog expresses its emotions through its eyes. The movie is good and everyone should watch it. I keep talking about unconditional love. Dog’s love is unconditional love which is pure,” the CM said to media.

CM Bommai is a dog lover himself. He was heartbroken after his pet dog passed away last year. Here are pictures of Bommai and his family as they mourned the loss of their pet dog. Directed by K Kiranraj, 777 Charlie is an adventure comedy drama. The film stars Rakshit Shetty, Sangeetha Sringeri, Raj B Shetty, Danish Sait and Bobby Simha in important roles.

Heavy Rainfall Alert in these states for next 5 days, issued red alert

Heavy Rainfall Alert in these states for next 5 days, issued red alert