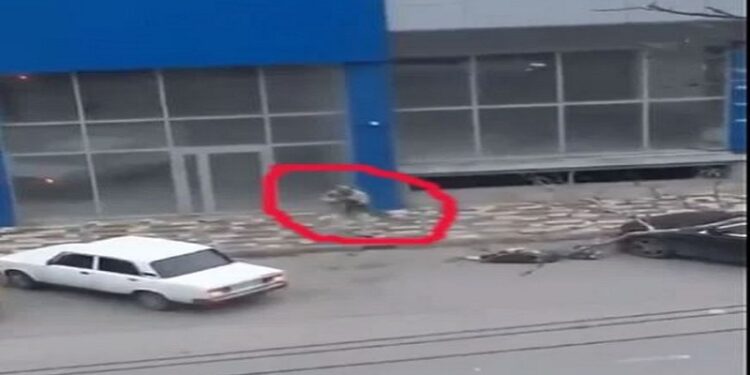 A 66-year-old man shot three people dead before killing himself in southern Russia’s Krymsk. A 66-year-old man shot dead three people in a shopping district in the southern Russian city of Krymsk on Thursday before killing himself, local authorities said. At least two of the victims were known to the assailant, the local branch of the Investigative Committee, which probes major crimes in Russia, said in a statement posted on social media.

Early indications suggested that the gunman had shot the two acquaintances “out of personal hostility”, it said. The identity of the third victim, a man, was still being established. A 61-year-old man who was wounded was taken to hospital. Footage circulating on social media showed a man firing as he walked down a street.

At the end of the video he fires from close range at someone lying on the ground. Reuters was unable to verify the footage. Krymsk is a small city in Russia’s southern Krasnodar region near the Crimean peninsula, which Russia unilaterally annexed from Ukraine in 2014.

The violence took place in the city of Krymsk in the Krasnodar region, about 1,200 kilometers (750 miles) south of Moscow. Alexander Runov, a spokesman for the regional interior ministry, said the gunman shot two employees at a local medical center and then went outside, shooting at passersby and killing one of them, according to state news agency Tass. One other person was wounded.

Runov was cited as saying tensions over the gunman’s divorce could be behind the shooting. According to the local branch of the Investigative Committee, at least two of the victims were known to the assailant. Krymsk is a small city in Russia’s southern Krasnodar region near the Crimean peninsula, which Russia unilaterally annexed from Ukraine in 2014.

Army officer, Police among 3 killed in firing in Rajasthan’s Bharatpur