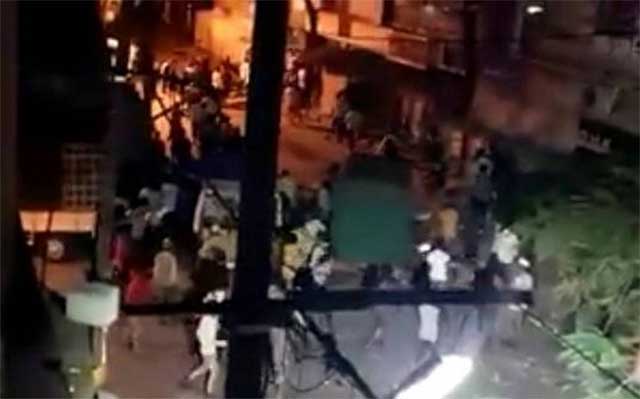 BANGALORE: Police have arrested 54 people in connection with the assault on corona warrior. police commissioner Soumendu Mukherjee has put up high security in Padarayanapura where the incident took place.

BBMP, health staff and police went to the scene last night to quarantine about 58 people who were in primary contact with a corona infected person in Padarayanapura, Bangalore. About 15 people were hospitalized. Later local people opposed the health check and ruined barricade used by the police in order to seal down and also the pendal was thrown. Not only that they also chased away the health staff and the police. In the wake of the incident, the police department has provided tight police security at Padarayanapura. About 50 people have been arrested and shifted to the Adugodi police station.

Around 10 KSRP troops and 220 policemen have been deployed for security in Padarayanapura. Also, senior police officers have been mocked up on the spot.