AROUND 40 INDIAN-AMERICANS DIED BY CORONAVIRUS: PUNJABIS, GUJARATIS, KERALITES AMONG VICTIMS 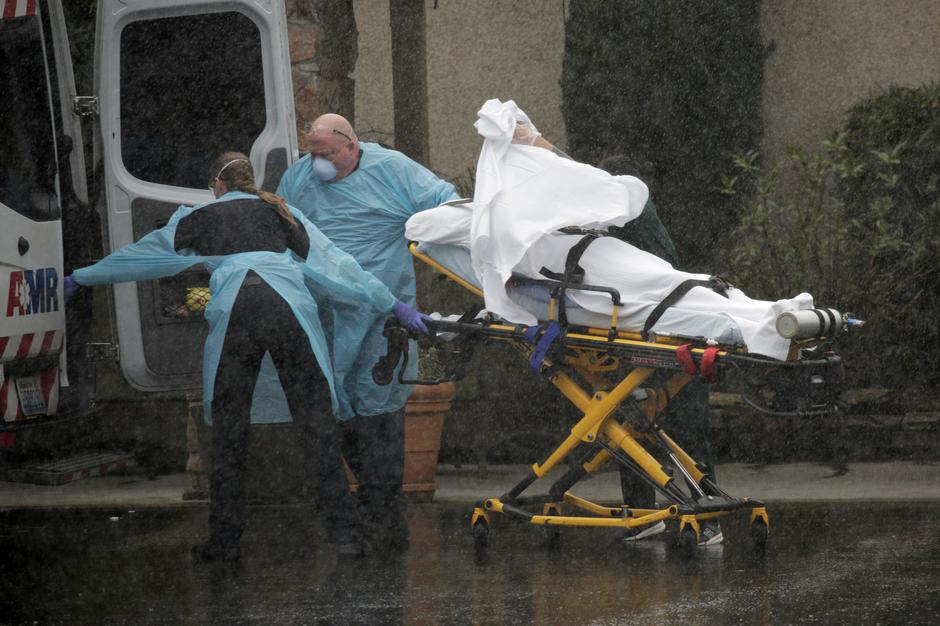 New York: One of the most successful and affluent communities of Indians have become the latest victims of the deadly Coronavirus in the U.S. Many Indian-Americans have tested positive with the novel coronavirus and as per the latest reports, eleven Indian-Americans including a former journalist of an Indian news agency, have died.

Among those who have died in the fight against the coronavirus, at least 17 are from Kerala, 10 from Gujarat, four from Punjab, two from Andhra Pradesh and one from Orissa. Majority of them are more than 60 years of age, except for one who was of 21 years of age.

There has been confirmed deaths of at least one Indian-American in both Texas and California. Reports indicated that at least 12 Indian nationals have died in the U.S due to the coronavirus, with a majority of them being from New York-New Jersey area. Among those who lost their lives were Hanmantha Rao Marepally, CEO of Sunnova Analytical Inc. He passed away in Edison, New Jersey. He is survived by wife and two daughters. Chandrakant Amin, a popular face at Indian Square in New Jersey City, and known for distributing flyers for businesses has also died of the novel coronavirus. He was 75. More than 50 friends and family members of Mahendra Patel, 60, joined his last rites through an online video platform this week, after city officials in New Jersey told them that not more than nine of them could attend the funeral in person.  At least one Indian-American died inside his home in New Jersey. Community leaders said they estimate more than 400 Indian-Americans have tested positive in New Jersey and more than a 1,000 in New York.

In New York City several Indian-American taxi drivers have tested positive. There are reports of several community leaders being tested positive for coronavirus, but most of them requested anonymity. Meanwhile, community leaders have started online and social media campaigns to find plasma donors so as to help in the treatment of those in serious condition.

At least two of them were successfully able to find a plasma donor on Friday. One Neila Pandya in Jersey City shared a video on social media on Friday, urging community members not to take the virus pandemic lightly. Speaking in Gujarati, she said that all five of her family members are seriously ill, of which local hospital has admitted only two of them, as there were not enough beds. Rasik Patel, 60, from Jersey City who was taken off the ventilator a few days ago is reportedly in a serious condition. While there is sense of panic among Indian Americans, some of the community leaders have come out with a helping hand.

For instance, Ajit, Sachin and Sanjay Modi from Rajbhog Sweets have been providing free vegetarian food at Jersey City Medical Center. Dave from Oak Tree Road in New Jersey has started a fund raiser campaign to donate 1,000 face masks to health care professionals and first responders. There are reports of several local restaurants in New York, New Jersey, Maryland, Virginia, Florida, and Pennsylvania distributing foods to their nearest hospitals. World Hindu Council of America volunteers have been supplying free meals to Lowell General Hospital- ER workers in Boston and to first responders and doctors in Indianapolis.

It also distributed 85,000 gloves to the local police, fire, and emergency medical technicians in New Jesse. Veteran Indian-American journalist Brahm Kanchibhotla died at a New York hospital on Monday night. He was a former contributor to news agency United News of India. Community leaders said that every day they have been receiving reports of their near and dear ones and other testing positive. Several community leaders both in the New York metropolitan area and Greater Washington Area of Maryland and Virginia have tested positive.

While the majority of them are in self-quarantine in their homes, many of them have been admitted to hospitals. Sewa International, which has been running a help-line in the wake of COVID-19 pandemic said that they have been receiving several calls seeking help. Community members in an appeal are seeking a plasma donor who tested positive for COVID-19 and then made a full recovery.

Do you know the benefit of eating two cardamom daily?

May this Easter give us added strength to successfully overcome COVID-19: PM Modi

May this Easter give us added strength to successfully overcome COVID-19: PM Modi