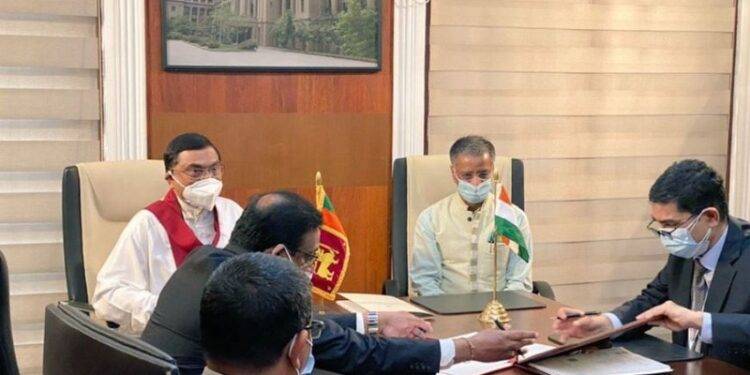 We will support Sri Lanka as much as we can. India’s High Commission in SriLanka said it will promote long-term investments from India for its early economic recovery and growth, especially in key economic sectors of SriLanka. 4 billion dollar aid from India to Sri Lanka: Sri Lanka says thank you India .

India on Tuesday said it will continue to support crisis-hit SriLanka for its early economic recovery and growth by promoting long-term investments in the island nation’s key economic sectors. The Sri Lankan embassy issued a statement in this regard amid reports that it would not provide further financial assistance to the island nation, which is in severe economic crisis. 4 billion dollar aid from India to Sri Lanka: Sri Lanka says thank you India.

The crisis sparked widespread protests earlier this year, prompting Gotabaya Rajapakse to resign as president and Ranil Wickremesinghe to take over. Later everything came under control to some extent.

India has extended bilateral aid to SriLanka this year amounting to about 4 billion. Also, India has advised other bilateral and multilateral partners to immediately support Sri Lanka in its current economic difficulties.

India has development projects worth around 3.5 billion in SriLanka and citizens of the country will continue to receive scholarships for higher education and skill training in premier Indian institutions, the High Commission said. These aspects of our close and longstanding cooperation with Sri Lanka will contribute to efforts to address Sri Lanka’s current economic difficulties.

Since the beginning of the year, India has extended financial assistance to India, including loans, currency swaps and loan repayment deferrals. Crisis-hit SriLanka has reached a preliminary agreement with the International Monetary Fund (IMF) for a loan of around 2.9 billion, the international lender said in a statement earlier this month – which is expected to help the country out of crisis.

A day ago, Sri Lankan High Commissioner to India Milinda Moragoda thanked India for providing a strong lifeline to the island nation and hoped it would play a crucial role in her country’s economic revival.