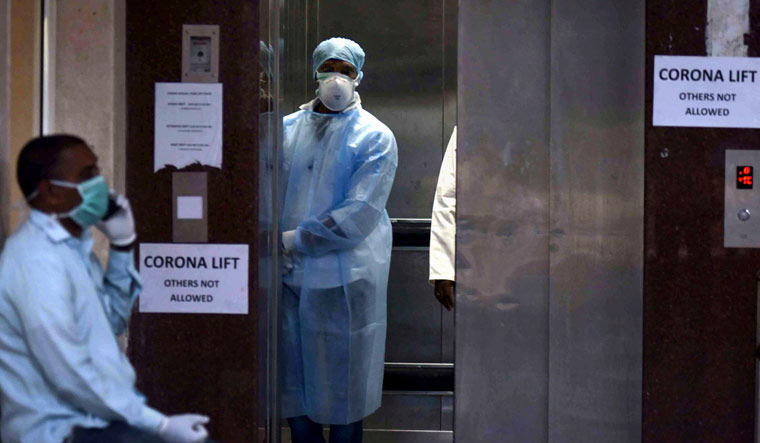 A three-year-old is among two COVID-19 positive cases reported in Telangana on Wednesday, health officials said. The boy recently returned with his parents from Saudi Arabia. He has been admitted to a hospital where his condition is stated to be stable.

A 43-year-old woman from Hyderabad with no history of international travel has also tested positive. She is the primary contact of a positive case reported earlier.

With these two cases, the number of positive cases in the state has gone up to 40.Another 5 test positive, cases in Madhya Pradesh climb to 14

Five more people tested positive for the novel coronavirus in Indore, taking the total number of confirmed cases to 14 in Madhya Pradesh.Of the five patients, four belong to Indore. The fifth patient, a woman from Ujjain has also been admitted in here.According to sources, two out of the five patients had recently visited Hrishikesh in Uttarakhand for a vacation.

Addressing media, Indore Collector Lokesh Kumar Jatav said that out of the total 21 samples forwarded to the virology lab at MGM College, Indore, five tested positive on late Tuesday night. “We are now trying to ascertain how many people came into contact with these patients,” said Jatav.