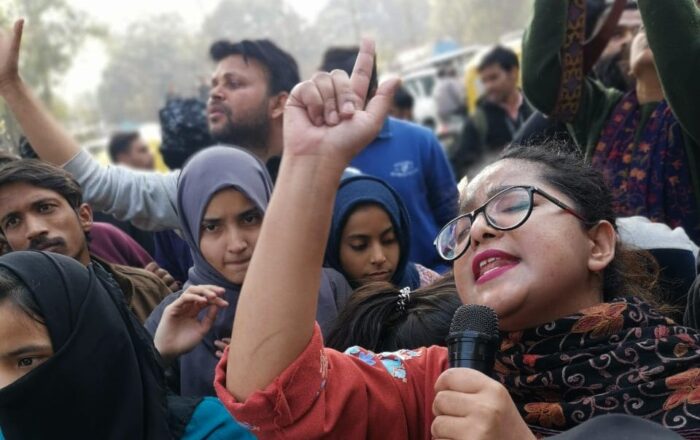 New Delhi: Stating that 39 deliveries have taken place in Delhi’s Tihar Jail in the last 10 years, Delhi Police have maintained that pregnancy is no ground to give bail to Jamia Coordination Committee member Safoora Zargar.

Zargar, a student at Jamia Millia Islamia University, was booked under the Unlawful Activities (Prevention) Act in connection with a case related to violence that ensued in north-east Delhi in February this year. She had moved the High Court challenging an order of a trial court in Delhi, which had dismissed her bail application in the matter. Insofar as grounds of pregnancy raised by the applicants/accused to seek bail from this court, is concerned, it is respectfully submitted that it is not even the case of the petition that she is not being granted proper care during the custody, Delhi Police said.

Delhi Police, in its response to the bail plea, submitted that till date as many as 39 deliveries have taken place in Delhi prisons in the last 10 years. It is submitted that as stated above there is no exception carved out for pregnant inmate, who is accused of such heinous crime, to be released on bail merely because of their pregnancy, Delhi Police submitted. It said that the law provides for adequate safeguards and medical attention during their custody and the jail manual, in this regard, is completely explicit insofar as treatment meted out to pregnant accused in jail are concerned. Delhi Police said that detailed rules in this regard are already in existence.

The police told the court that Safoora Zargar along with other co-accused persons had formed Jamia co-ordination committee and used to give speeches and raise slogans. The members of the JCC were in direct touch with the other groups and organisations, which have played a direct role in the commission of the offence. The witness has also deposed that in the meetings it was decided that JCC along with other groups would organise and hold Chakka-Jaam in northeast Delhi,” Delhi Police said in its status report sought by the court.

It said that that as a part of conspiracy protests at 21 sites were organised and largescale mobilization was done at these protest sites in the garb of peaceful march and these protest sites were converted into Chakka Jaam. There is a strong nexus, a deep-rooted and larger conspiracy between rioters, instigators, conspirators and fund-raisers behind the Delhi riots, police said. It said that there is a clear prima facie case against Safoora Zargar and hence she is not entitled to bail. In the mid of February, the accused had allegedly planned to observe protests in various parts of north-east Delhi. She also took part in a protest and blocked a road near Jafrabad metro station.