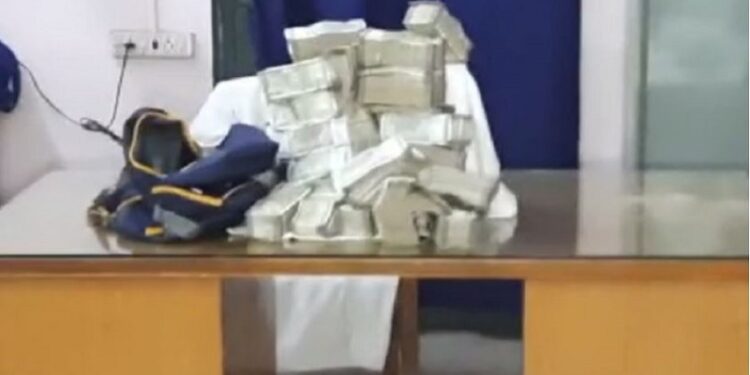 Three Jharkhand MLAs who have now been suspended by the Congress have been arrested by the Bengal Police hours after they were caught with cash worth Rs 49 lakh. The MLAs Jamtara legislator Irfan Ansari, Rajesh Kachhap, legislator from Khijri, and Naman Bixal, MLA from Kolebira were questioned overnight by police. They were reported to have told the cops that they had the money to buy sarees for a tribal festival. 3 MLAs arrested caught with cash worth Rs 49 lakh.

They were stopped on Saturday night when they were travelling in the SUV. The Jharkhand MLAs have now been handed over to the state CID which will take over the investigation. The suspects are being taken to Howrah court. The charges have been brought under Prevention of Corruption Act and Indian Penal Code, officials said. Two aides of the legislators have also been arrested.

As investigation intensifies, a fresh political standoff has been triggered between the Congress and the BJP. After suggesting that the party was trying to undertake “Operation Lotus” in Jharkhand, the Congress on Sunday slammed its rival saying it was rather “Operation Keechad (puddle of mud)” that was being carried out. “Please let’s stop calling it Operation Lotus. It’s Operation Keechad,” said party leader Pawan Khera at a briefing where suspension of thee Jharkhand legislators was announced “to set a precedent”. Lotus is the party symbol of the BJP.

Khera, during Sunday’s briefing, alleged, that the BJP was making an effort to topple the democratically elected governments. ‘The way democracy is being razed today, it will be written in black letters in history. Today there is an open conspiracy going on in the country to destabilize the democratically elected governments,” he said. The BJP had led similar attempts in Arunachal Pradesh, Goa, Uttarakhand, Madhya Pradesh and Rajasthan, Khera said, adding, “Now, they are eyeing Jharkhand”.