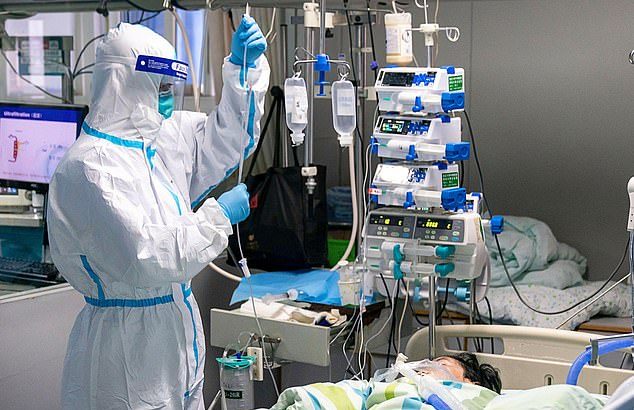 New Delhi: India’s total coronavirus cases have increased to 8,49,553. The country now has 2,92,258 active cases out of the total that were confirmed positive. Yesterday, the tally breached the 8-lakh mark. The total number of deaths that have been reported so far has increased to 22,674. India reported 28,637 new cases in the last 24 hours.

On a positive note, the recoveries have increased to 5,34,621. The total recovery rate of the nation now stands at almost 63%. A total of 19,235 Covid-19 patients were declared cured from the disease in the last 24 hours. This is the fourth day in a row since over 19,000 people were cured in under 24 hours.

According to data from the Ministry of Health and Family Welfare, 2,80,151 tests were conducted on Monday. Maharashtra contains the majority of confirmed cases in the nation. The total number of cases reported in the state has reached 2,46,600. The death tally has gone up to 10,116. Total 99,499 cases are still active and 1,36,985 have been cured. Cases in Tamil Nadu have increased to 1,34,226. The death toll in the state has reached 1,898. Out of the total, active cases are numbered at 46,413 whereas 85,915 have been reported cured.

The national capital has also seen a rise in cases, the total of coronavirus positive cases have reached 1,10,921. The death toll in Delhi is 3,334 and 87,692 have been cured of the disease. Currently, India is the third-worst affected country in the world due to coronavirus.

The United States has over 3 million cases whereas Brazil, the second country with the highest cases, has over 1.75 million total coronavirus victims. The total cases across the globe now stand at over 1.23 crore including 5,56,335 deaths.

Encounter between militants and security forces in J&K’s Baramulla

Encounter between militants and security forces in J&K's Baramulla