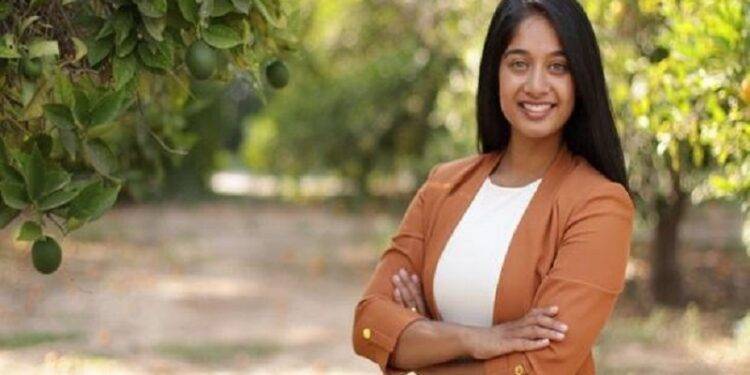 An Indian-American engineer and entrepreneur has announced that she will be running for the US House of Representatives from a Congressional District in California. Shrina Kurani, born to Indian immigrant parents in Riverside, will be challenging 15-term Republican incumbent Ken Calvert for the mid-term elections in November 2022.

“I’m running for Congress in CA-42! It’s time for fact-based solutions and bold action,” Kurani said on Thursday. “As a first-generation American, my family worked together to build a successful pool supply business right here in Riverside. My parents didn’t take a single day off for 10 years, but even that level of hustle is often not enough these days.

Opportunities are out of reach for far too many people while career Washington politicians like Ken Calvert are focused on helping themselves, their political parties, and their corporate donors,” she said. Kurani described herself as “an engineer, entrepreneur, and a fact-based problem solver and not a politician”.

“I’ve spent my career building businesses that reduce waste and create quality jobs. I’m running for Congress to make things work better in Washington and build an Inland Empire where people feel safe, healthy, and have opportunities to succeed in fulfilling jobs,” she said.

“Ken Calvert has been in Washington for nearly 30 years and he’s voted against our interest time and time again. It’s time for a new approach,” she added. Kurani graduated from La Sierra High School at the age of 16 and earned her degree in mechanical engineering from UC Riverside.