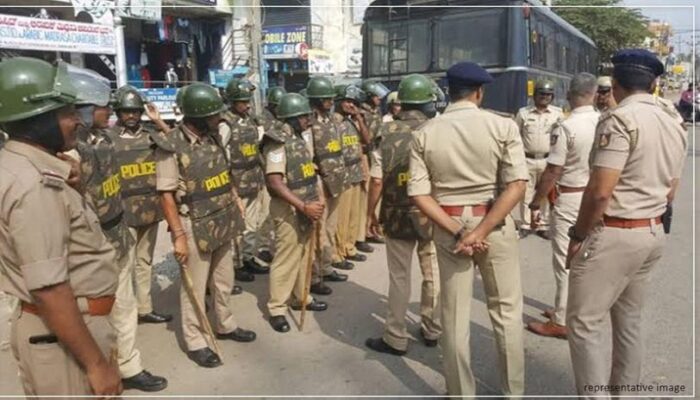 Bengaluru: 27 police personnel, including at least 13 of a station, have tested positive for coronavirus in a city division in the last ten days and five of them discharged after treatment, a senior officer said on Tuesday.

All these cases were reported from Whitefield Police Division and 15 of them, including 12 from the HAL police station, tested positive on Monday, Deputy Commissioner of Police (Whitefield) M N Anucheth said. He termed as ‘incorrect’ media reports that the personnel of the HAL station contracted the virus from an accused whom they had arrested.

“In the Whitefield division, yesterday (Monday) we have had 15 COVID positive cases amongst police staff. 12 police staff are from HAL police station. Total 27 staff of Whitefield Division have tested positive so far. 5 have been discharged,” the Deputy Commissioner of Police (Whitefield) M N Anucheth said in a statement.

The first case of coronavirus among policemen in the division was detected on June 27 when a personnel from the HAL station tested positive and the premises was sealed, he said. Later, all the personnel there were examined and 12 of them tested positive on Monday, the officer added. Referring to reports that the police personnel contracted the disease after arresting a person who was COVID infected, he said: “No accused have been arrested after that and no arrestee has transmitted it to the police. Such news reports are incorrect.” Anucheth said the last arrest was made on June 15 and all the arrested persons had tested negative. At least four police personnel have died in the city due to COVID-19 so far.