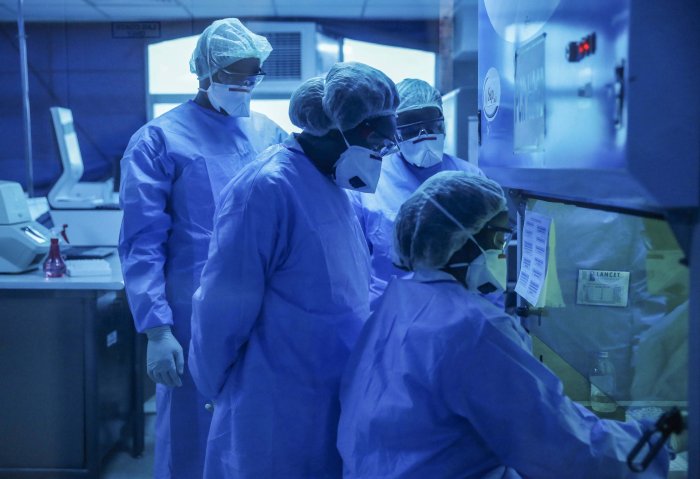 MUMBAI: BMC has declared Wockhardt Hospital a containment zone after 26 nurses and three doctors tested positive for Covid-19 over a week. Nobody would be allowed to enter or leave the Mumbai Central hospital till everyone in it tests negative twice consecutively, a civic official said.Additional municipal commissioner Suresh Kakani said a team has been set up under the executive health officer to probe how infection spread among so many in a hospital setting.

It is unfortunate that such a big cluster of cases have come from a medical facility. They should have taken precautions,” he said.Swabs of over 270 hospital staff and some patients have been sent for tests. Nurses who tested positive have been shifted from quarters in Vile Parle to the hospital. The hospital’s canteen continues to function and will provide food.

Senior inspector Savalaram Agawane of Agripada police station said an officer and two constables have been posted to restrict movements. With nearly 30 cases, the hospital now has more cases than many city wards. Data shows that only G-South and D wards have more than 30 cases. The hospital management didn’t comment on why and how so many among staff tested positive. Our OPD and emergency services are shut and there will be no admissions, said a spokesperson, declining to comment further.

A 70-year-old heart attack patient, who is said to be the source of the infection, came positive on March 27. Two nurses who had attended to the man tested positive too. Then many nurses fell ill and began testing positive. Two of the affected doctors are admitted in SevenHills and one in SL Raheja Hospital, Mahim. Wockhardt staff have alleged that the infection spread rapidly as the hospital didn’t quarantine the colleagues and roommates of the infected nurses.

The United Nurses’ Association said they were not tested or removed from shifts till symptoms emerged – a charge the hospital has denied. The union has alleged that the nurses were not given PPEs despite attending to suspected Covid-19 patients.In a combined letter, the UNA and Jan Swasthya Abhiyan claimed that both Covid-19 wards of the hospital are full: The hospital has not given nurses access to their own test reports.

Many who were in quarantine in hostel or other wards have been moved to the Covid ward. Some who were caring for the quarantined nurses have been admitted to the Covidward. The bodies have put forth a set of demands for hospitals at large, which include not putting pregnant nurses on Covid duty.

Covid-19 positive cases rising rapidly in the last few days in Uttar Pradesh difficult to say whether lockdown will be lifted after April 14 or not: Govt

Covid-19 positive cases rising rapidly in the last few days in Uttar Pradesh difficult to say whether lockdown will be lifted after April 14 or not: Govt