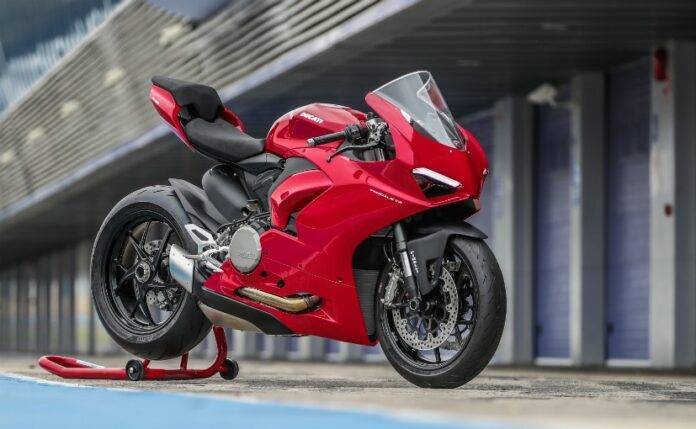 Ducati took the wraps off the 2021 Ducati SuperSport 950 and the SuperSport 950 S in its third World Premiere episode. The motorcycle gets subtle cosmetic updates for 2021 along with new features and is now Euro 5 compliant as well.

The headlights themselves are completely new and the LED signature is similar to that of the Panigale V4.The SuperSport 950 gets the 937 cc Testastretta 11 degrees twin-cylinder engine, which is now Euro 5 compliant. The engine makes 110 bhp at 9,000 rpm and 93 Nm of peak torque at 6,500 rpm.

The oil bath clutch is now activated by the new hydraulic control with self-bleeding radial pump equipped with an adjustable lever. The SuperSport 950 is equipped with electronic controls based on information from Bosch’s 6-axis inertial platform.

In terms of riding electronics, the motorcycle gets Bosch Cornering ABS, Ducati Traction Control, Ducati Quick Shift and Ducati Wheelie Control, which is a new feature on this model. The electronic settings can be adjusted via the menu of the new 4.3-inch full-TFT display with graphics and interface inspired by the Panigale range.

There are three riding modes on offer which are Touring, Urban and Sport. In terms of cycle parts, the SuperSport 950 S gets a trellis frame which uses the engine as a load-bearing element along with a single-sided Aluminium swingarm. The 950 gets 43 mm Marzocchi upside down forks up front while the rear gets a Sachs monoshock.

The 950 S gets thicker, 48 mm Ohlins USDs up front and an Ohlins monoshock at the rear. This is one of the key differences between the 950 and the 950 S, along with a passenger seat cowl and a red stripe on the alloy wheels. Both variants get a Brembo brake system consisting of M4-32 monobloc radial calipers that act on two 320 mm diameter discs, operated by a self-bleeding radial pump with separate reservoir and adjustable lever.

At the rear, the bike is equipped with a 245 mm diameter disc, with a Brembo two-piston caliper. The SuperSport 950 is fitted with three-spoke alloy wheels that fit the 120/70 ZR 17 Pirelli Diablo Rosso III at the front and 180/55 ZR 17 at the rear.