2 gold medals for India in one day in Commonwealth Games 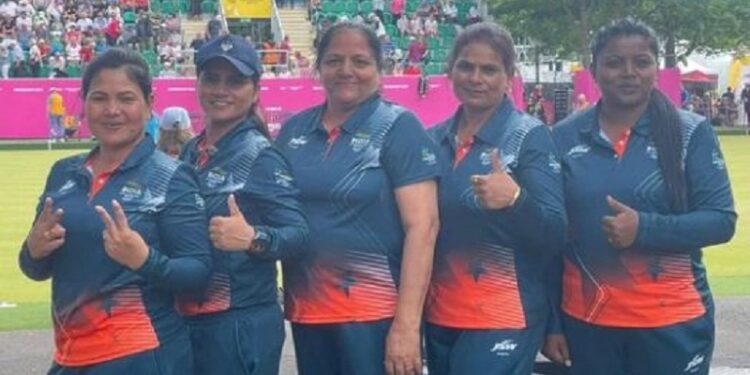 Indian sportsmen and women have won 2 gold medals in one day in the Commonwealth Games.The Commonwealth Games are ongoing in Birmingham, England. In the Games on Tuesday, the Indian women’s team took on South Africa in the Lawn Bowl final. They won 17-10. With this, India has won the gold medal in Commonwealth Games lawn bowls for the first time in history. The team consisted of Lovely Saube, Pinky, Nayanmoni Saikia and Rupa Rani Tirgi.

India’s medal hunt in weightlifting continues. India bagged 8 medals in that category including Vikas Tagore’s silver and Harjinder Kaur’s bronze. In the men’s 96 kg category, Vikas Tagore lifted a total of 346 kg including 155 kg and 191 kg to win the silver medal.Harjinder Kaur won bronze with a total lift of 212 kg. Poonam Yadav missed out on a medal in the women’s 76kg category.

India’s Murali Sreesankar cleared 8.05m to advance to the men’s long jump qualifiers. India’s Manpreet Kaur has qualified for the final in shot put with 16.78m. Srihari Natarajan missed out on a place in the men’s 200m backstroke final. Although he clocked 2.84 minutes, the Indians took first place in the past time.

India defeated Singapore in the semi-final of the mixed team category in the Badminton tournament and advanced to the final.Lakshaya Sen defeats reigning World Doubles Champion Login Eve. PV Sindhu has won the women’s singles and Satviksairaj and Sirakshetty have won the men’s doubles.

The Indian men’s hockey team (Hockey team) faced the England team and drew the match with the score of 4-4. But the women’s team lost to England.

Indian cyclist Meenakshi slipped and fell during the women’s 10km scratch category in cycling. Meenakshi was injured when New Zealand’s Bryony Botha’s bicycle crashed into her.