Home » 1 killed, 2 injured in firing by Nepal police near India-Nepal border in Bihar

1 killed, 2 injured in firing by Nepal police near India-Nepal border in Bihar 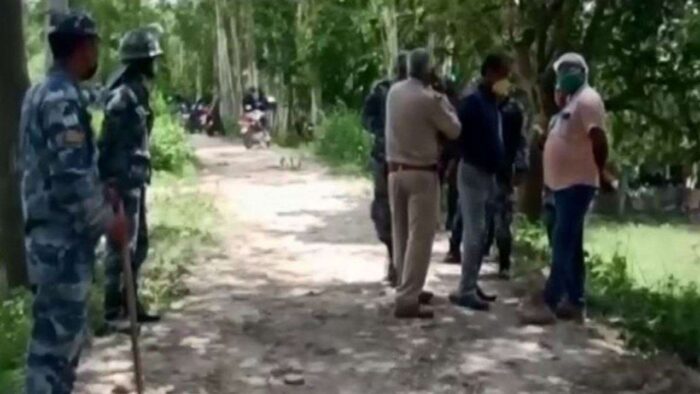 Bihar: A man was killed and two others were injured on Friday after Nepal border police troops fired at them “deep inside Nepalese territory” adjoining Bihar’s Sitamarhi district, officials said. An Indian national, Laagan Yadav (45), has been taken into custody by the Nepal border police, they said.

Sashastra Seema Bal (SSB) Director General (DG) Kumar Rajesh Chandra told media in Delhi that the incident took place around 8:40 am “deep inside Nepalese territory”. The situation is normal now and “our local commanders immediately got in touch with our Nepalese counterparts APF”, Chandra said. Inspector General (IG) of the SSB’s Patna Frontier, Sanjay Kumar, told the news agency that the incident took place between locals and the Armed Police Force (APF) of Nepal. One person was killed and two others were injured in the firing, the IG said.

Vikesh Yadav (22), who suffered a bullet injury in the abdomen area, has succumbed, while Uday Thakur (24) and Umesh Ram (18) are injured and admitted to a private hospital in Sitamarhi, which is around 85 kilometers from Bihar capital Patna, according to the officials. As per preliminary reports obtained from locals, the confrontation began when APF troops objected to the presence of Laagan Yadav’s daughter-in-law in their area after they saw her talking to some people from India, they said. Laagan Yadav’s daughter-in-law is from Nepal. There are relations between locals on either side of this border, and as the front is not fenced, people move around to meet their family members, the officials said.

APF personnel objected to this meeting following which there was a heated argument between the two sides and later, about 75-80 Indians gathered at the spot, they said. The APF has claimed that they first fired in the air to disperse the crowd and fearing snatching of their weapons, they later initiated aimed fire in which three people got hit, the officials said.

The incident area is between Jankinagar of Sitamarhi district and Sarlahi in Nepal, they said. Senior officials of the local police, administration and the SSB are at the spot, the officials said. The area is guarded by the 51st battalion of the SSB and it falls under border pillar number 319, they said. The SSB is tasked to guard the 1,751 km open India-Nepal border.