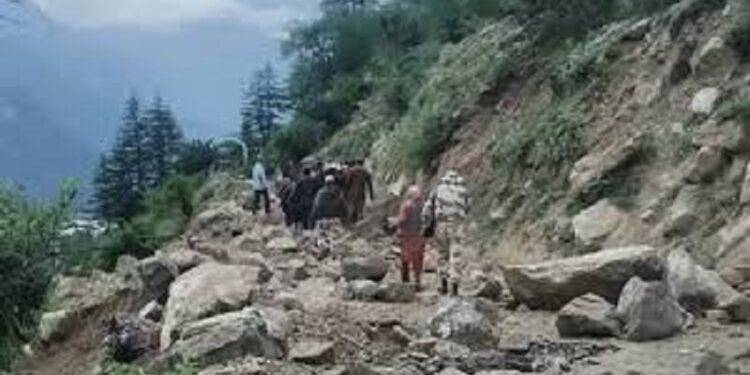 Eleven people have died and around 30 are missing after a landslide in Himachal Pradesh’s Kinnaur this afternoon left several vehicles buried under debris. A state-run bus, a truck and a few cars were trapped after the landslide blocked the Reckong Peo-Shimla highway. The bus, travelling to Shimla, reportedly had 40 people on board.

Some 25-30 people are trapped or buried; an official told to media. Ten people have been rescued and are in hospital. Around 200 troops of the Indo-Tibetan Border Police (ITBP) were sent for rescue efforts. Chief Minister Jai Ram Thakur told reporters that the National Disaster Response Force (NDRF) had also been called in.

“I’ve directed the police and the local administration to carry out rescue operations. We have received information that one bus and a car could have been hit. We are waiting for detailed information,” Mr Thakur said. Prime Minister Narendra Modi and Union Home Minister Amit Shah spoke to Mr Thakur and assured him of all possible help, according to the government.